A Brief History of Truth 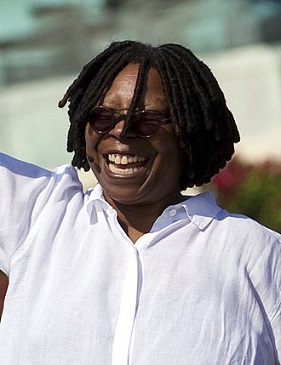 Someone on my Facebook page replied to one of my blogs about atheism. He said because the world exists, someone had to have made it, which means there is a god. I replied if cause and effect governed the universe that would be true. But quantum theory challenges cause and effect as a governing principle. Humans believe in it because our senses tell us it exists. Unfortunately, our senses sometimes provide false information. The earth isn’t flat and the sun doesn’t revolve around the earth.

Stephen W. Hawking in A Brief History of Time tells a story to illustrate the lengths we will go to defend false ideas. An old woman attending an astronomy lecture rises to object to something the speaker has said.   “What you’ve told us is rubbish. The world is really a flat place supported on the back of a giant turtle.” Nonplussed, the scientist asks, “What is the turtle standing on?”  “It’s turtles all the way down,” she replies. (Bantam Books 1988, pg 1)

Our senses error because they fail to provide the full picture of the world around us. Take color, for example. We believe roses are red and violets are blue. But color doesn’t exist. We see it because light waves strike our eye cones to produce an illusion.  Dogs have fewer cones, so dogs are limited to blue and yellow.

Why do dogs and humans sense the world differently?  Science is working on it, but one answer lies with our ancestors and the choices they made while adapting to the environment.  “Animals don’t consciously decide their evolutionary futures. But they do choose what to eat, how to forage or where to live.” Adaptive behavior influences DNA.  (“Planting,” by Nicholas R. Longrich, The Journal of World Sensorium Conservancy, Annual, 2022, pg. 48.”)

Living ins societies also play an evolutionary role.  Early humans chose to work together to increase their chances of survival. That decision changed our brains. One of the outcomes was the invention of rules. The most basic is our consensus that the world was knowable and somewhat predictable. A duck doesn’t suddenly become a dog, for example. But in the quantum world, that rule doesn’t apply.  Conceivably, a duck can become a dog at a moment’s notice. The quantum world is fluid. It’s “questionable that building blocks of matter whether an electron or a photon has definite values independent of measurement.” In layman’s terms, electrons and photons represent energy’s potential.    (“The Enigma in Modern Living,” by Sydney Perkowitz, Nautilus, Issue 41, pg. 62.)

When Isaac Newton grasped the idea of gravity, cause and effect was his starting point. Apples fell from trees for a reason. What he didn’t know was that a quantum world existed or that it operated differently from the one he assumed was real.  So what are we to make of Newton’s deductions?  They seem to work as we attempt to maneuver in our environment, but is it possible we’ve organized experience so that they do? A blind man at a stoplight doesn’t rely on the color it flashes to determine when it’s safe to cross a street.  He relies upon sound, suggesting we could organize the world differently if we depended upon other senses.

Emotions shape our understanding just as our senses do.  Reason is their handmaiden. Steven Pinker, a cognitive psychologist, points out that if we desire something, we use reason to determine how to get it.  (“It’s Not Irrational to Party Like It’s 1999” by Steven Pinker, Nautilus, Issue 41, pg. 80.) Surprisingly, ignorance is also a tool.  Unlike reason that exposes stumbling blocks on the way to a goal,  ignorance ignores impediments. It allows us to imagine the path is clear. Choosing ignorance, either consciously or unconsciously, is called Rational Ignorance. (Ibid, pg. 82.) An example of rational ignorance today is opposition to critical race theory.

Societies find their truths in public debate. The quality of that argument depends upon the quality of the shared information. Or, it depends upon how vociferously one group defends its views against another. Throwing a virgin into a live volcano is either good or bad depending upon the desired outcome.

A current conflict among us is whether genitals determine gender. Another is about race. Whoopi Goldberg got into a firestorm when she identified Jews were members of the white race and denied they were people of color. Some viewers disagreed with her. The Anti-Defamation League accepted her apology as if she needed to atone, but was she wrong to make the distinction? How do Jews see themselves? A PEW report in 2020 reveals a majority of Jews identify as “white, non-Hispanic.” In addition, the dictionary defines Jews, not as people of color, but as people who identify with a religion.

Whoopi’s temporary fall from grace stems from the interpretation of the word race. When Whoopi said the persecution of Jews was different from racism, her co-host, Ana Navarro on The View, replied, “It’s about white supremacists going after Jews.”  Navarro conflates Jewish ethnicity with race. By erasing the distinction between the two, she diminishes race as an issue. As a black woman, Whoopi may have recognized that attenuation and reacted.

The public debate that followed casts no cloud over the good intentions of either woman.  Language is at fault. When “gender” became divorced from “sex,” a similar debate arose.

Here’s another example. The word gay has undergone cataclysmic change over the years.  In some quarters, it has fallen into such disrepute that the term has been banned from Florida schools.  Soon, the novel, Our Hearts were Young and Gay will be consigned to a bonfire.

I’ve taken a circuitous route to state the obvious. Truth is often what we say it is. Even so, reaching an agreement has its perils. Now that Whoopi Goldberg accepts Ana Navarro’s understanding of race, we face an unanswered question. Early Christians were persecuted for their religion. Does it follow that Christianity is a race?