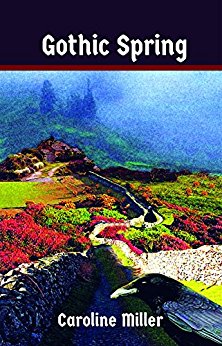 Caroline Miller wrote from childhood, but her writing took dimension as a young woman in the 1960s. Like many educated women of that generation she chafed at the confining stereotypes assigned to women exploring their possibilities. Out of that experience emerged an early version of her novel, Gothic Spring. That draft lay in her desk drawer for several decades, while Caroline began distinguished careers in education, labor advocacy and the arts.

A wiser, mature Caroline Miller revisited that original draft, reevaluating the characters and sharpening its point of view. She rewrote the material and the resulting novel came out in 2009. Ironically, it can be truthfully noted that Gothic Spring has two authors, both Caroline Miller!

In her own words, Caroline candidly explains how reassessment figures into her first published novel, Heart Land:

We want to embrace and be embraced; so we are always experimenting and digesting what we’ve learned. We live in the present because we haven’t much past. Without the glue of a mutual history, sometimes we tear ourselves apart. But we pull ourselves together again with renewed hope and a fresh vitality.

I suppose we never will find our equilibrium for long, given our hodgepodge of disparate races, religions and traditions. We’ll keep on changing to accommodate our cacophony of views. But, I love that we keep trying to bring everyone into the tent… even if it takes a while. That’s my Heart Land.

Trompe l’Oeil  (To Fool the Eye)

In Trompe l’Oeil, Caroline Miller explores the ways the mind attempts to organize the world using faith, mysticism, or science. Can any of these approaches provide a clear understanding of an infinite universe, she asks. Or do our senses betray us, creating illusions of our own making? What is true? What is false? How can we know if we cannot be sure whether or not we are awake or dreaming? 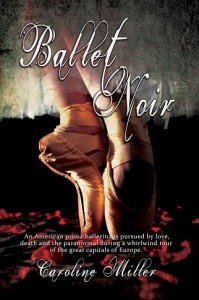 Her first tour in Europe, Tara Bentley, young prima ballerina with a small Seattle dance company, watches her excitement turn to horror when she’s haunted by the voice of her deceased dance teacher, Yelena Natilova. She fears she might be going mad until she meets a necromancer who assures her the voice is real. Is he a charlatan? Or, has he the power to guide her through this nightmare as she struggles to hold her career together? Their dash through the great theaters of Europe becomes the performance of a lifetime with death waiting in the wings.

Caroline Miller with Gloria Steinem, founder of NOW (National Organization of Women) – May 2011