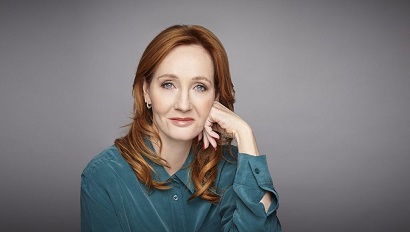 The Harry Potter gang has had a falling out over the definition of woman. Daniel Radcliffe one of the stars of the famous Hogwarts series says a transgender woman is a woman.  His creator, so to speak, J. K Rowling thinks otherwise. “If sex isn’t real, there’s no same-sex attraction. If sex isn’t real, the lived reality of women globally is erased.”

To defend her position, Rowling describes her experiences with domestic violence and her struggle to raise 3 children as a single mother. To deny a woman’s lived reality, she insists, is “deeply misogynistic and regressive.” (“Is J. K. Rowing transphobic?” The Week, June 24, 2020, pg. 15.)

I hear what the author is saying. In a recent blog, I wrote about social attitudes that have denied women equality for centuries, some perpetuated by other women. For 2,000 years mothers in China accepted the practice of female infanticide, for example. Later, in 1980, when the government instituted its one-child policy, more baby girls died. Today that tolerance for female death has created a population imbalance that leaves 34 million Chinese males without female partners. (“Women don’t want two husbands,” by Yilin Chen, The Week, June 26, 2020, pg. 14.)

Unfortunately, a shortage of females in that country has done nothing to raise a woman’s social position. To the contrary. There is talk of encouraging wife-sharing where a woman is expected not only to perfume sexually for at least two husbands but also to bear their children and perform housekeeping chores, as well.

Wife-sharing is designed to meet a man’s needs rather than a woman’s which returns me to Rowling’s concern. By defining transgender males as females are we meeting their needs and muddling a woman’s struggle for social equality?

We get some insight into the issue by examining the history of President Barrack Obama’s Executive Order 13672 signed in 2014. Its intent was “to extend protection against discrimination in hiring and employment to additional classes.”  Prior to its implementation, President Richard Nixon in 1969 had signed an order that barred businesses seeking federal contracts from discriminating in the workplace on the basis of race, color, religion, sex, national origin, handicap, and age. In 1998, President Bill Clinton added the words “sexual orientation” to satisfy those who felt the word sex wasn’t inclusive enough. Sixteen years later, Obama’s Executive Order 13672 added the words “gender identity, ”to underscore the difference between sex and gender. It was his attempt to bring everyone into the tent.

True, the words sex and gender continue to be intertwined, like ivy encircling a tree, but the latter can include a  “third sex”– eunuchs for example, and people like the Hijra who are also referred to as hermaphrodites.  I’ll go no further into this gender discussion as the subject is too complex for this blog. My wish is merely to emphasize that gender is not a synonym for the word sex, though I have been guilty of using the two interchangeably.

Broad though Obama’s Executive Order may be, it has failed to satisfy everyone. The debate between Radcliffe and Rowling brings us to the nitty-gritty of the argument.  Is a male who identifies as a woman to be defined as a woman? Here, I side with Rowling. Similarities between the two may exist, but there is no equivalency.

Here’s an example to illustrate. In a recent election, Emilia Decaudin won a seat on the New York Democratic Leadership Council, a position designed to be held by a woman in an effort to ensure parity with men.  The election, ignored by the mainstream press, was noted by two women’s sites: Gender Heretic and WOLF. Both of them cried foul at the outcome. Emilia Decaudin is a transgender person of the male sex. In the eyes of both women’s groups, that victory was not only a reversal of fortune but a misdirection for those who labor for women’s equality.

Daniel Radcliffe would be inclined to dismiss their complaint.  After all, he would say Emilia is a woman so no harm is done. But who is Daniel Radcliffe to decide? He is a white male who enjoys every privilege society has to offer and has no skin in the game. In fact, one could argue his cavalier definition of female exhibits insensitivity to the history of women’s struggle for human rights.  Certainly, members of Gender Heretic and WOLF know that struggle and do have skin in the game. The question is, does Emilia Decaudin?

The answer is, “Yes.” But first, consider the insult inherent in that election. Having failed to ensure transgender representation, The New York Democratic Leadership Council has found it convenient to suppose the candidate’s issues are identical to those of women, and that by treating the two stakeholders as one, all interests are met. Yet, as I’ve pointed out, there is no equivalency. Transgenders are a branch of the same tree, but they aren’t the same branch.  Identifying one with the other is a disservice to both.

Executive order 13672 expressly recognizes transgender people– not as women or as men, but as an identity unto themselves—as individuals who have the right to pursue their happiness with regard to housing and working conditions as does every other citizen. What good do we achieve when we insist Emilia is a woman? Doing so erases the gains transgender people realized when they lobbied Obama to include the words “gender identity” in his order– words that would imply they wished to be accepted as they are?

Stakeholders are entitled to their identity and their history. Language shouldn’t be used as wallpaper to obscure differences.