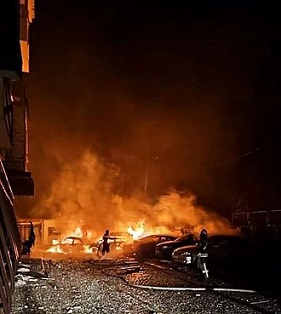 To read the news is to wonder if the world has gone mad. Autocracy is on the rise, while democracies seem to be stumbling. To be honest, some democracies no longer look like democracies. India and Turkey come to mind.  Russia holds elections, but no one would describe Vladimir Putin as a leader of the free world.

Some writers argue Democracy carries within it the seeds of self-destruction.  The reasons are several but critical to a thriving democracy is an open debate and an exchange of ideas that make compromise possible.  Tyrants dare not allow diverse opinions.  They prefer to live in a bubble where information is limited and guaranteed to parrot the leader’s opinions.

A recent article in Foreign Policy looks at Putin’s bubble to learn how it reflects his state of mind. The world may speculate on the dictator’s progress in his war with Ukraine, but the man behaves as if he is winning. Is he delusional, or has the west misunderstood his reason for starting the struggle? Could it be that winning or losing isn’t the end game but that prolonged destruction is?  Could Putin’s war with Ukraine be a proxy fight with NATO, one where he drains the Alliance of its s resources, and its patience, creating fractures within it?

If the latter is his game, he may be winning. The war with Ukraine has lasted barely 100 days and already cracks are appearing in the western alliance, particularly among countries like Turkey and Hungary which are democracies in name only.

President Joe Biden, though firm in his support for Ukraine, has softened his language as he speaks about the conflict.  France wants to avoid humiliating Putin.  Former Secretary of State under Presidents Richard Nixon and Gerald Ford, Henry Kissinger, minces no word.  He advises Ukraine to cede some territory to Russia.  Little wonder remarks like these undermine Ukraine’s trust in the west and allow Putin to sleep better.

If the United States weren’t a divided country, Biden might have a freer hand to play in the conduct of this war. Unfortunately, a sizeable section of the country has lost faith in democracy and prefers a strongman form of government akin to that in Russia.  It is frankly astonishing how closely today’s GOP resembles in mentality the Communist party of my youth, right down to Donald Trump’s brownnosing to Moscow.

Republican Senator Ben Sasse of Nebraska is so confused by the positions some members of his party have taken, that he’s labeled them a collection of weirdos.  That judgment feels right to me but there is another actor in the room capable of havoc. Climate Change!

In Climate Change and Human Behavior, authors Craig A. Anderson and Andreas Miles-Novelo discuss how the environment affects mental health and human behavior.  High temperatures, for example, force the brain to divert some resources to cool the body. That shift reduces its capacity to manage emotions, control impulses, and process information. That shift results in increased hostility. Others have noted the same phenomena and pointed out that hotter regions in the US and around the world have higher rates of violent crime, even when controlling for poverty and age distribution.

Prolonged stress of any kind works against the welfare of society.  We know poverty, economic, and housing instability create violent neighborhoods. Now we can add climate change to the list. Our fate may not lie in our stars but our weather. A peaceful world, a democratic world depends upon how we treat the planet and how it responds.  While Ukraine burns, so does the earth.  The link between the two may be more direct than we realized.