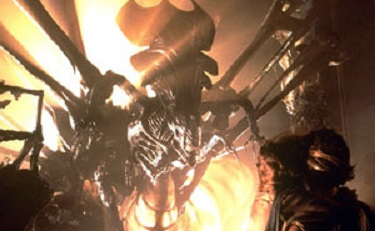 The older I get, the more I fall behind the modern culture.  For example, while taping a Just Read It segment on Colm Toibin’s fictionalized biography of Thomas Mann, I was stunned to learn that one of my young guests knew little about one of the twentieth century’s greatest authors. Later, someone explained, “Mann’s sentences are too complicated.” Was this perceived defect the result of text messaging, I wondered. Youth’s self-assurance can be intimidating, but as long as I have eyes to see, Thomas Mann won’t go quietly into that good night.

A writer I came across had this to say about culture: It has no budget, no government, no army. It collects no taxes; it has no CEO, bible or headquarters.  (“There’s No Such Thing As A Culture War,” by Virginia Heffernan, Wired, June 2022, pg. 14.)  Even so, culture has clout. Sometimes, it makes me feel like a freshwater trout dropped into the Salton sea.

Recently, the Supreme Court decided women had no right to privacy.  I was appalled. Why should women have fewer privileges than men?  Once I thought about it, however, I concluded no one had privacy rights anymore. Technology has created a world without secrets. A Google search will tell me the titles Bill Gates bought during his recent visit to a book store.  LinkedIn, Twitter, and Facebook leave little to the imagination. Unable to find my passwords on my computer, I’m certain I can find them on the internet. Too late, I discovered that providing my date of birth on social media invites gawkers and fraudsters into my world.

Not even banks can be trusted. Suisse Secrets has been known to tattle on its clients. Data Is Plural can’t stop spilling its guts. It will tell you everything from the number of underwater pipes resting on an ocean’s floor to the work habits of bees. The Freedom of Information Act blabs even more.  Go there for a dose of brain overload. Why China and Russia need hackers when this site exists is a mystery to me. The other day, while trawling for information about an upcoming guest on Just Read It, I stumbled on a site that revealed the individual’s net worth. Surprised, I backed away, feeling as if I’d breached a men’s locker room.

Having the world at one’s fingertips is both a heady and scary experience. After all, Information is power. Ideally, we use it to make better decisions. But a tsunami of information is daunting. Only librarians are unafraid to wade in. For example, everyone wants to know the secrets of Roswell and possible alien landings, but when the government made public its files on UFOs, so much data existed, people wandered off to watch the video series instead.  (“The Age of No Secrets,” by Paul Ford, Wired, Issue 30.07, pg.14.)

What’s the effect of all this information on our culture?  Is it making us smarter or more dazzled?  Marshall McLuhan, the media theorist of an earlier age was hopeful about one technology. Television, he predicted, would expand our consciousness. It did give us public television with its balanced reporting.  But, it also gave birth to Fox News, a competitor noted for bombast and ultra-conservative opinions. The former has an audience of 1.1 million people.  The latter has 2.27 million viewers.  Would McLuhan be disappointed if he knew?

Living without my computer would be a hardship, I admit. For the younger generations, it might be unthinkable. But what if our electricity grid was shut down for a day or two?  In the silence, would anyone remember Thomas Mann? Or the beauty of a complex sentence?  Would people rejoice that for a few limited hours they’d regained their privacy? Or could it be our brains are too fried to care?