by Caroline Miller
a woman's right to privacy, curtailments in human rights, individual vs. humn rights, Rove v. Wade, Samuel Alito, suburban voters in the 2022 election, the crime of human rights being put to a vote, the high Court violates women's human rights, The Trail of Tears, World War 11 and Japanese internment
2 Comments 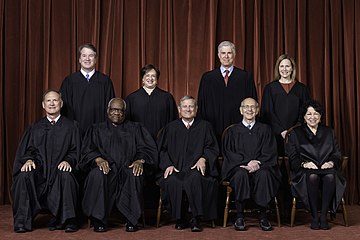 We know good intentions can go wrong.  The relatives of a 3-year-old girl recently beat and choked her to death in their efforts to exorcise the devil they assumed possessed her. Authorities found the child’s crumpled body on the floor of the church her family attended. As might be expected, the police charged the mother, grandfather, and uncle with murder. (FreeThought Today, June-July, pg. 5)

The accused not only violated the child’s individual rights according to civil law, but they also violated her human rights. Human rights are those of personhood as listed in the fifth Amendment to the U. S. Constitution.  They are conferred not by the government but are the inalienable rights of all humans because they are human. Primary are the rights to life, liberty, and property. The government’s charge is to preserve those rights through its laws and with the consent of the governed. In other words, individual rights derive their authority from human rights.

Human rights may be narrowly curtailed to protect the general good. The internment of Japanese citizens during World War 11 is one example. Earlier in our history, Native Americans suffered similar curtailments.  Slavery skirted the issue because slave owners successfully argued that Africans captured to work on plantations were property and not entitled to human rights.  For a time, American women suffered the same fate, having been defined as chattel. The Catholic Church attempted to set that precedent centuries earlier. Largely, In the course of our history, human rights have been the preserve of white males.

When Samuel Alito declared women had no Constitutional right to an abortion, he reflected that patriarchal view. It allowed him to overturn 50 years of precedent established by a previous Court. That earlier Court had concluded the right to privacy was inalienable, as implied by the 14th Amendment, and that it pertained to women as well as men:

No State shall make or enforce any law which shall abridge the privileges or immunities of citizens of the United States; nor shall any State deprive any person of life, liberty, or property, without due process of the law; nor deny any person within its jurisdictions the equal protection of the laws.

Alito saw no evidence that the right to privacy pertained to reproductive freedom under the Constitution. He rejected the previous court’s extrapolation which argued the right was drawn from references elsewhere in the document. Instead, the absence of an overt statement led Alito to reason that the degree to which a woman can control her body should be left to individual states.  Imagine! The right to privacy as it applies to women is now subjected to a vote. The decision is stunning and weighed against society’s greater good is ludicrous. To abort a fetus the size of a pea poses no threat to the culture.

When Alito sacrifices a woman’s inalienable right upon the altar of his opinion, he and those who agree with him deny equal treatment under the law to half the population. What’s more, their decision poses another Constitutional question that threatens a woman’s right to privacy.  The question is personhood. When do human rights apply?

Among conservative religious groups, the answer is human rights apply at the moment of conception, giving preference to the fetus over the pregnant woman. They argue all human life is sacred and must be protected. “Sacred” has no meaning in civil law, however. It is a religious concept and implies the existence of a soul.  These concepts lie outside the purview of legislative law.  Nonetheless, the Court’s decision to strike down Roe v. Wade and leave the abortion issues to the states opens the door for Christian zealots to codify their narrow views into civil law. The consequence for women is to obliterate the distinction between individual rights and human rights.

Already, we have seen the Court’s recent tendency to expand Christian rights. Their latest ruling on prayer makes no pretense about their disregard for the separation of church and state.

At a time when the country suffers irreconcilable differences on many levels, the Court’s declining credibility among many put the country in peril. For women, being forced to demand human rights through the ballot box is a step backward. Even so, we can be grateful that suffrage is the one Constitutional provision that is unamendable.

The challenge ahead is that  1 million people have changed their voter registration from Democrat to Republican in time for the 2022 midterms. Many of them are suburban women who gave Congress its slim Democratic majority in the last election. If they put their concerns about inflation above their freedom and the freedom of their daughters, then hope for women’s equality suffers a blow from which it will be slow to recover.