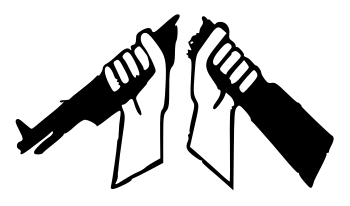 Women’s contributions to history and in particular to religious history are almost invisible compared to the recording of masculine exploits. What made Dan Brown’s, The Da Vinci Code so scandalous was that he relied upon a theory which posited that Jesus and Mary Magdalene were lovers and the progenitors of the  Merovingian kings of France. In addition, the Gnostic Gospels argued that Christ chose Mary, not Peter, to lead the new Church, but that the idea was buried with his death. Later, Martin Luther erased the identity of a female apostle, Junia, when he used the masculine form of her name in his translation of the Bible. In fact, going back to the  Council of Macon in 584, women were held in such disdain that, by a single vote, they almost lost their right to be defined as human beings.

Even so, the observant among us may have noticed that during the Covid-19 pandemic women heads of state instituted policies that controlled the spread of the disease and resulted in fewer deaths among their constituents than in countries led by men. Jacinda Ardern, Prime Minister of New Zealand locked down her nation when the virus first appeared and succeeded not only in managing the disease but in eradicating it altogether. Likewise, Angela Merkel’s Germany has suffered lower death rates than Britain, France, Italy, or Spain, countries governed by men. Add to the list  Finland’s Prime Minister, Sanna Marin. Her anti-virus policies far outperformed those of her neighbor’s, Stefan Löfvenis of Sweden. The President of Taiwan, Tsai Ing-wen, takes away top laurels because experts credit her with the most successful defeat of the disease anywhere in the world.

In this worst of times, a new style of leadership is emerging, one that plays to women’s strengths. Studies show females work well in cooperative modes, a style the current pandemic seems to require as it respects no borders. Merkel is a good example. Often obliged to head coalition governments, her flexible approach invites inclusive decision-making and avoids group-think.  As such, she continues to bridge what seems to be insurmountable divides in her role as German Chancellor.

In a masculine world, flexibility may be considered a weakness. Men often see obstacles not as an opportunity for group solutions but as a cause for war.  Lyndon Johnson, for example, took up arms to fight the war on poverty. Richard Nixon declared a war on drugs. With regard to Covid-19, Donald Trump defines himself as a wartime president. Regrettably, skirmishes with amorphous enemies don’t lend themselves to saber-rattling. Future pandemics, as well as climate change, and the natural disasters that arise from global warming require solutions that arise from global cooperation.

Given the challenges ahead, the day may soon come when our species awakes to a new model of leadership, one that renounces the primitive and swaggering ideals of patriarchal masculinity. History has given us models of how to exist communally before. I refer to leaders like Buddha, Christ, Gandhi, and Martin Luther King.  If the pandemic gives men and women a chance to pause and consider their feminine side, then the future may look less bleak.