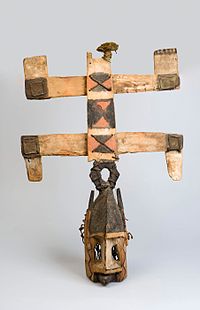 Ngai, God of the Kikuyu courtesy of wikipedia.org

Last week, 3 Kenyans on my Facebook list unfriended me. I’d mentioned I was an atheist which caused one woman to call me a fool before disconnecting. I wasn’t surprised by her reaction. For centuries, non-believers have suffered contempt or even death at the hands of those with faith. My Kenyan folks seemed to be of the evangelical kind, passionate and unquestioning in their dogma. Because of this zealotry, I’d stopped accepting friendships from people in that part of the world some time ago.  The plethora of “amens,” and “praise God” for sunrises and hiccups was overwhelming.

Much has changed since the early 1960s when I arrived in East Africa.  I admit Christian missionaries had a firm grip on that part of the world then. Even so, many Africans continued to give a nod to their old gods.  A survey among South Africans at the time revealed a majority continued to visit witch doctors for their ailments as well as physicians.

East Africa was a patchwork of colonial rule back then.  England had crushed the Mau Mau uprising in 1959, but the seeds of independence persisted. The cry Uhuru, Swahili for “freedom,” rode on the Sub-Saharan winds as loud as the bullets that soon followed. Outnumbered, the colonists relinquished their power, at last, and the descendants of the 42 tribes of Kenya were free to govern themselves.

The Africans who rejected European overlords kept their God, condemning the deities of past centuries to the shadows. The reason why the old spirits were banished escapes me. Nor can I account for the 4,200 religions that exist in the world, each preaching different gospels.

To add to the confusion, the word of God changes with each reformation. Recently, a reporter asked Pope Francis if Catholics who support abortion should be denied the holy sacraments.  He replied that they should not be denied and made a distinction between dogma and a priest’s pastoral duties.  His is a  different view from that of the Holy Inquisition. In that century, a priest’s pastoral duty was to torture a wayward parishioner until the victim repented or died.

Other philosophical contradictions among Christian churches are noteworthy, as well. Some oppose the death penalty. Others do not.  Many make accommodations for abortion.  The Catholic Church and some Evangelical faiths do not. For most, wealth impedes the path to salvation. Yet, the Pope lives in a palace, and in the United States, some Evangelical pastors have turned tax-exempt money into equally golden abodes. One writer speculates these “charitable” exemptions cost the U. S. taxpayer approximately $6.9 billion a year. (“How much do religious organizations not pay?” by Ryan Cragan, Freethought Today, Oct. 2021, pg. 3.)

Christian churches also take differing views on climate change,  gun control, and wearing masks during the Covid-19 pandemic. One pastor accepts cash from those seeking religious exemptions for vaccinations.  As a sidebar, 90% of U. S. atheists are vaccinated compared to 57% of white evangelicals and 73% of the country’s adults overall.”  (“In the News,” Freethought Today, October 2021, pg. 8.)

The Kenyans who cast me aside for being an atheist have a right to do so and their reason is understandable. Life is simpler for those who ignore the whisperings of doubters and put their faith in a god. The decision absolves them from responsibility. If all that exists or occurs is God’s will, then God is accountable for good and evil in the world. But if true, churches are unnecessary. The dogma that tells individuals what to think, what to wear, and what to eat is irrelevant.  Questions of guilt or innocence have no meaning.

Regrettably, an atheist’s habit is to ask questions. “What if God doesn’t exist? How does that impact the world?”

With or without a god, human beings are social animals. As such, we need rules to foster cooperation. Paramount among these are the ethical tenets from which morality, laws, and governments spring.  If no god exists, the species has no choice but to develop a moral compass.

No study has shown that religious people are more moral than atheists.  Quite the opposite.  Both groups require standards of conduct.  The difference between those who accept faith-based rules compared to those who chose to be secular Is the way people use their brains.  “…atheists [are] more likely than believers to base their judgments about what is or isn’t moral based on the consequences of their actions.