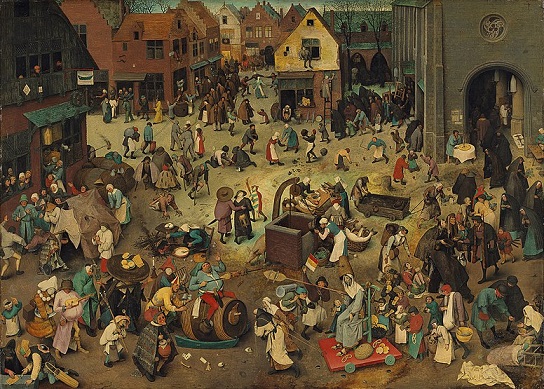 The public face of the Taliban is that of a stern and punitive terrorist group. So, I was surprised to come across an Indian publication with pictures of these men, still clutching to their rifles, as they played with bumper cars and on trampolines in an Afghan amusement park. In their faith music is forbidden but I doubt the Quran has much to say about bumper cars. As such, that activity seems to have fallen through the cracks.

Being happy isn’t among the reasons Taliban members give for joining this ultra-conservative group. Money and jobs are high on the list as are the contradictory aspirations of vengeance and serving their community. Most Afghans support Shira law as do their overlords, but only  13.4% of the population supports the Taliban, believing their brand of religion is too severe.

That revelation raises a question.  Are religions meant to make us happy? My reading of the Bible shows little evidence of that. In the beginning, there is pain and suffering as God casts Adam and Eve out of paradise. Polls also show religions flourish when people live in difficult conditions.  What gives a church its energy isn’t belief in divinity but its rituals , and sense of community.

Happiness maybe not be the cohesive force of a religion, but the pious needn’t worry that faith will soon be unfashionable. Today, there are approximately 4,200 religions in the world. Among them, Christianity seems to be the most splintered.  Groups continue to organize and reorganize in a never-ending struggle for money and followers as they strive to reach the top of the pecking order. Overwhelming numbers of people, it would appear, engage in a constant conversation with God through their churches, deriving benefit from the fellowship.

“Man is a social animal, Aristotle observed thousands of years ago and history bears him out. We gravitate toward one another like iron filings to a magnet. What’s more, we derive both physical and mental health from our interactions. The puzzlement is why.

We may be social animals but it is also possible an important piece of additional information lies buried in one of Aristotle’s missing dialogues. You know the one I mean. The section where he explains why we find so much happiness in hating one another.