The Taliban Are Everywhere 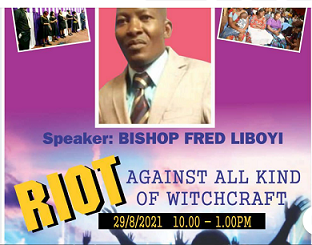 A new flashpoint in race relations is critical race theory. The intent is to review American history through the lens of slavery.  This new approach has its supporters and critics.  Isabel Wilkerson’s book Caste is an eyeopener for those interested in the subject and offers insight into how little most of us know about black history. Schools teach the Supreme Court’s Dred Scott ruling of 1857 but that infamy tends to have vanished from the memory of the general population. Dred Scoot v. Sanford was a 7-2 decision by the High Court that decreed people of African American descent, whether they were free or slaves, were non-citizens and enjoyed no protection under the U. S. Constitution.

Admitting to a shameful past is a step toward reconciliation. However, some risk is involved. Will critical race theory convince black Americans the deck is stacked against them? Will they decide they have little chance to succeed in this society?

How far back should this survey of slavery go is another question. As an institution, slavery has been with us since recorded history and wasn’t confined to people of a specific ethnic background. Though they were among the victims, Africans were also active as slave traders.

One day, we might discover why, as a species, humans show a penchant for the practice of slavery. It might be traced to the wiring of the mammalian brain which seems to favor a pecking order. To survive, nature has decreed that among its higher orders, there must be leaders and followers.  Humans have taken that survival mode farther and made it a competition among winners and losers.

Why few mammals live in matriarchies is also a curiosity.  Some scholars speculate women were equal to men at the dawn of the species, but they lost that equality when labor became specialized in the agrarian age.  Unclear is the reason why a difference in tasks should create that inequality. Particularly as women’s work In those early non-nomadic days provided food stability for the clan. Not only did females grow crops, but they also hunted small animals as an ongoing source of sustenance. To depend upon the occasional killing of a large creature was a luxury no group could afford.

Despite contributions to their societies, modern women continue to stand below men in the pecking order.  In the west, that situation is changing but at a glacial pace. Middle Eastern women have made little progress. Malala Yousafzai despairs the fate of her sisters with the Taliban’s return to Afghanistan. After 20-years of western freedoms, how will they cope under strict Muslim law? It’s a fair question. But, if we are honest, religion in most of its faces has been no friend to women.

Females, who make up half the population of this planet, have, for the most part, lived in societies where men with power and guns define how women shall live.   The United States is no exception. Witness the recent experience of attorney Yasin Almadani. Driving home with her three children in Northern California, she was flagged to the side of the road by two policemen. They said her front and back license plates didn’t match. Then they beat her into a state of unconsciousness. They did it because they could.

The roots of female inequality seem to reach beyond the differences between hunters and gatherers. Patriarchies have long exercised institutionalized violence against women. The methods vary but most of them are in effect to this day: witch burning, footbinding, clitorectomy,  enforced prostitution, and child brides.

Scholar Ann Ferguson speaks of an “irrational anger against women” in male-dominated communities. (Blood At The Root, by Ann Ferguson, pub. Pandora Press, 1989, pg. 18.) That observation is no explanation for its existence, however. We must explore why Nature’s pecking order, meant to maintain a species, became fertile ground for masculine brutality.

Critical race theory has its place in our understanding of ourselves, but slavery is only a piece of the puzzle. The greater story and an older one is that women have been oppressed by men like the Taliban throughout human history.