The War Of Words 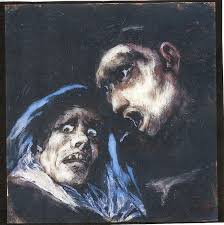 Words matter, and the right words matter most of all, according to writer John Birmingham.  History bears this out. During World War II, Winston Churchill’s speeches galvanized Londoners with hope despite the German Blitzkrieg. Let us, therefore, brace ourselves to our duties, and so bear ourselves that, if the British Empire and its Commonwealth last for a thousand years, men will still say, ’This was their finest hour.’

Franklin Delano Roosevelt rallied American courage with a memorable declaration. We have nothing to fear but fear itself.

Volodymyr Zelenskyy, an entertainer who became Ukraine’s president, is no stranger to effective communication. Facing a Russian invasion, he rejected offers of escape with words that made him a legend. I don’t need a ride. I need bullets.  Knowing the power of words, he spoke to the West in terms they could understand. To the English Parliament, he quoted from another of Churchill’s war speeches.  We will not lose, we will go to the end. We will fight at sea, we will fight in the air, we will protect our land. We will fight everywhere…and we will not surrender.

To the U. S. Congress, he evoked some of this country’s darkest days. Remember Pearl Harbor, terrible morning of December 7, 1941, when your sky was black with the planes attacking you. Just remember it. Remember September 11th, a terrible day in 2001 when evil turned your cities, independent territories, into battlefields.

To the Germans, he warned against building the equivalent of another Berlin wall, this one a Russian pipe containing oil and gas. By becoming too dependent upon Ukraine’s  aggressor, he complains Germany was too slow and too narrow with its aid to a country fighting to keep its independence.  He called German’s coldness another brick in the road against democracy.

Word War II offers examples of how battles are fought with words as well as bullets.  Tokyo Rose was a generic name given to several women who hosted a Japanese radio broadcast called, “The Zero Hour.” One of them was Iva Toguria, a Japanese-American who was stranded in Japan when war broke out. She offered pop music and propaganda to demoralize Allied soldiers during the conflict.  At the end of the war, she was tried for treason and served several years in prison. Gerald Ford pardoned her when evidence emerged that some of the testimony against her was coerced.

Lord Haw-Haw wasn’t so lucky.  He was a British citizen whose German broadcast, “Germany Calling,” was also designed to lower Allied morale. He was hanged for giving comfort to the enemy in 1946. The fate of operatives like these, though they never fired a shot, testify to the importance of words. In today’s conflict with Ukraine, Russia’s Vladimir Putin has banned independent broadcasts and social media in his country. *  He, too, knows the power of words.

Here at home,  broadcasters are allowed to test the limits of free speech. Tucker Carlson of Fox News regularly advances Putin’s propaganda against our national interest. He gives aid and comfort to the Russian government which rebroadcast his comments regularly. When he accuses the United States of provoking the conflict between Russia and Ukraine, why wouldn’t they?  A Putin propagandist, it’s difficult to distinguish his conduct from that of Lord Haw-Haw.

We don’t have to look far to find far-right members in the U. S. government making equally questionable remarks.  Is it evidence of the Flynn effect?

Words do not maim.  They do not kill. But any child subjected to the threats of a playground bully knows the damage they can do. People have committed suicide because of words. As they can be used for good or ill, even in a free society, individuals are accountable for their statements.  Sometimes those who are too careless, like Congresswoman Marjorie Taylor Greene, end up choking on them.

*Zelenskyy has issued a temporary ban on some pro-Russian outlets in Ukraine.