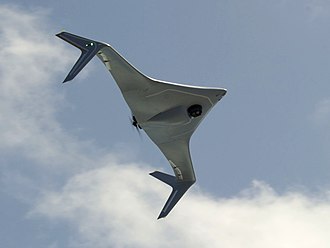 The Flynn effect is over. That’s the trend whereby human intelligence increases by about 3 points a decade. Recent research reveals the trend is in reverse. Humans are getting dumber.  Scientists speculate the reasons are varied:  changes in our education systems, nutrition, the current media environment, fewer people who read, and an increase in online activity.

We might survive our decline if it weren’t for our inventions. While Russia points its nuclear weapons at Ukraine, threatening to blow up a chunk of the planet, an equally dangerous electronic war is underway.  The implications are frightening to consider. If a cyberattack on Ukraine’s system spills into that of one of our NATO allies, would the event trigger Article 5 of the NATO agreement–the all for one and one for all clause? If so, Biden’s decision to stay out of Russia’s war could become mute.

Even China might be dragged in. They’ve been hacking western technology for a decade, much of it without our knowledge. Whether they are doing the same with Russia, I don’t know. The question is, which side of the technology war would they choose? Hackers from the dark side are already making their allegiances clear. Raidforums has sent out a warning promising it will ban users from connecting with Russia during the Ukrainian invasion. Conti, on the other hand, a ransomware group, has threatened cyberattacks against those intending to harm the Kremlin’s infrastructure.

Technology can be a powerful force for good or ill. China is taking quantum computing to new frontiers. If they perfect it, problems that would take 10,000 years to solve with today’s supercomputers could be resolved in 200 seconds.  The impact on medicine, science, and warfare would be incalculable.

Don’t blame President Joe Biden if he seems to lag behind China’s vision.  He’s not to blame. Congress turned its back on quantum technology when it refused to accept his Build Back Better legislation. If passed it would have funded QUEST, a program to expand quantum research.  Senator Joe Manchin labels the expenditures as “too costly.” Failure to move forward may be more so.

Each technological advance poses new dangers, as I’ve suggested. Slaughterbots are the latest dystopian invention. These are autonomous weapons programmed to kill without human intervention. While 100 nations have lined up against the use of these devices, Russia and the United States are going full speed ahead with their development, ignoring the pleas of humanitarian agencies for oversight. United Nations Secretary-General is also concerned.  He has labeled the weapons as morally repugnant and warns we give away our humanity when we turn ethical decisions over to artificial intelligence (AI).

China and Turkey defend the use of slaughterbots if they are restricted to state interests. I have no idea what that means but should the technology fall into the hands of drug cartels and organized crime, I doubt they will apply any restraints.  What’s more, if a slaughterbot armed with a nuclear weapon went haywire and disappeared into the woods, do we have a failsafe?

In December 2021, concerned nations gathered to develop rules regarding slaughterbots. Russia rejected draft proposals, saying they had “no legitimacy.”  The United States refused them, as well, but agreed legally binding rules were necessary.

We may be disappointed to find our country aligned with Russia on this point. But maybe our leaders are being realistic. In a time of war, when one side seeks an advantage over another, rules are seldom a deterrent. Chemical weapons, though banned, have been used several times.

Our species has a history of letting genies out of bottles before settling upon rules. Slaughterbots are a recent example and a modest one compared to nuclear war. The irony is that while we get better at killing each other, we’ve ignored the impact of our activities on the planet. By refusing to address climate change, we are turning Earth into an incendiary bomb destined to destroy us all.

With the Flynn effect in abeyance, I doubt we will learn how to put an end to war. As yet, we’ve failed to recognize savagery, bigotry, and malice in our society if someone calls them “freedoms.”  Unable to make clear distinctions, we have fouled many of our institutions, including hospitals and schools, turning them into places of carnage. At the moment, the Doomsday Clock stands at 100 seconds until midnight. Can we renounce violence within the time that’s left?

If there is any hope for us, we must seek the humanity inside us. It’s a personal journey. No quantum computer can show us the way. I hope we reach our heightened awareness before Armageddon.

As demoralized as many of us feel about war as the final solution, we must continue to hope as today’s Ukrainians do.  Humans have brought much evil into the world. But we’ve also brought good.  To honor that good, I offer this short clip. It reminds us that even in the darkest hour, we have a choice.