The Stubbornness Of Our Ignorance 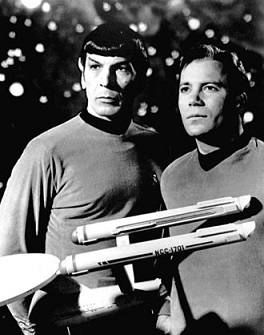 Dr. Anthony Fauci is concerned about the anti-science bias in this country and so am I. Inconceivable to me is news about doctors and nurses being assaulted for providing medical care. Practitioners who advise us to wear masks during a pandemic shouldn’t be blamed for the message. Even so, there are patriots among us who do. They insist a requirement to wear masks violates their 1st Amendment rights. In response, they wage war against health care workers the same way they laid siege to the Capital on January 6, 2021.

The ongoing pandemic has created angst among the citizenry. Fear of social change is at work as well. Most of those insecurities arise from “Native theories.” Native theories are the products of basic instincts. For example, when our ancestors watched the sun orbit the sky, rising in the east and setting in the west, they assumed its orbit was around the earth. Likewise, because the horizon appeared as a straight line, they concluded the earth was flat.

Some native theories hold sway today.  Nearly half of adult Americans discount evolution.  They reject carbon dating that has identified human bones as old as 300,000 years. Instead, they insist humans arrived on the planet 10,000 years ago and looked exactly as their descendants do today.

Native theories can be suppressed but they never die. Confronted by incontrovertible evidence, they sink into the psyche while the dorsolateral prefrontal cortex, (D.L.P.F.C.) kicks in. Among the last areas of the human brain to develop, one of the D.L.P.F.C’s roles is to shift basic instincts aside to make room for facts. The transformation isn’t easy because the mind resists change.

The Covid-19 pandemic has highlighted differences in our attitudes toward science, but, surprisingly, those differences have little changed since the 1980s.  A 2020 Pew poll shows public support for the discipline remains steady at between 73% to 74%.

The same report reveals the factors that stymy public acceptance of a new idea. It “is tied to a concern about the loss of human control, especially if such developments would be at odds with personal, religious and ethical values.”  Another influencer is political affiliation. According to PEW, the best way to overcome resistance is to distribute data widely.

Safe to say, science and technology are making changes to our world at an exponential pace. There’s talk about speed trains that will catapult us from New York to San Francisco in 3 hours. That’s almost a commute. Yet before we’ve had a minute to adjust to these new possibilities, science dreams of warp drive.  That technology is beyond our reach at the moment, but researchers are working on it.  What remains for the rest of us is to ponder how the mind will cope as time and distance shrink?