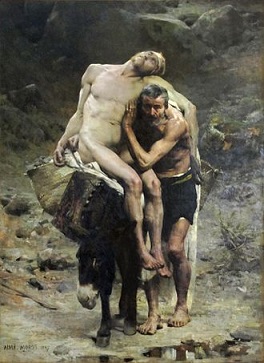 Lately, I’ve wondered if the human brain is capable of living up to its democratic ideals. What raised this question was an article I’d read about bone development in a child’s hand.  At the age of three, a youngster is unable to hold a pen because he or she lacks sufficient bone structure to accomplish the task.  Give the child another year or two and writing is a breeze.

Because physiology determines how we function in the world, could it be that our inventive brains are incapable of managing the “toys” it creates–like the atomic bomb or virtual reality? If, as Hamlet muses, there is a special providence in the fall of a sparrow, could each alteration we make to our world create friction whereby old orders rub against new ones? And if so, can the brain cope with this flux, particularly if, because of events like the pandemic or climate change, it comes at a rapid pace?

A period of anxiety usually accompanies change on a large scale. People are inclined to cling to their belief systems to find stability when it happens.  House Speaker Nancy Pelosi fell back on her religion to defend the Build Back Better Act. A revolutionary plan to address climate change as well as inequalities in our social structures, she argued society was obliged to protect what god had created.

Kevin McCarthy, who aspires to replace Pelosi as the next House Speaker, uses our fear of change as a weapon against us, promising to turn back the clock to familiar times. He would undo much of what democrats propose, including reinstating legislative authority to two disgraced Republicans, Paul Gosar and Marjorie Taylor Green.

The belief systems that Pelosi and McCarthy rely upon are a world apart from Reason. The former exists independent of information.  The latter dies without it. Of the two, belief holds greater sway, being closest to our fears. Get your facts first, then you can distort them as you please, Mark Twain once advised.

The human desire to own the narrative is so great within us that Eric Pianku, evolutionary ecologist, has written: Any attempt to control human behavior is bound to meet with resistance and disapproval. People will support liars, thieves, and tyrants and submit to cycles of cruelty and violence, even deny global warming, rather than change their narrative.

According to Dr. Jean Kim in Psychology Today, another force lies within us which also makes us vulnerable in times of change: “… goodwill and faith in human kindness [can] doom us to manipulation.  In a healthy society, mutual trust is a cornerstone of community strength in exchange for abiding by general moral rules of community support.”

If both views are true, then the mind is at odds with itself– fearing change yet relying upon trust to achieve safety within a group.  How is Reason to arbitrate between these disparate impulses? I’m skeptical that it can. Or if it can, like the bones in a child’s hand that must grow before it can write, Reason may need another millennium before it can subdue the primitive parts of our brains.  Do we have a  millennium?

Having no answer, I fall upon hope just as others chose prayer. Neither is a belief system but each relies upon an understanding that if people can envision kindness, they can create it.