The Special Providence Of A Fallen Sparrow* 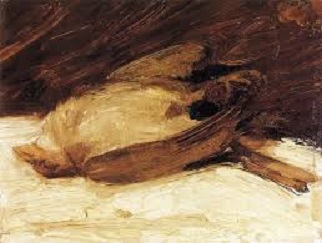 The  headline read, “The Milky Way is Probably Full of Dead Civilizations.” Given that the planet is undergoing a pandemic, I read on.  Possibly the article contained a warning that the end was nigh.

Apparently not. Astronomer Frank Drake came to his conclusion about dead planets in our galaxy from a formula he created  to predict the presence of life in outer space. Carl Sagan popularized Drake’s work  in his television series “Cosmos.”  Naturally, other speculations have emerged since.  A recent headline read, “There Used to Be Aliens in Our Galaxy, but They Killed Themselves Off?”

According to the author of this second article, planets fall into one of three categories. Some are too young to have produced life. Some are too hot or too cold. Those where life might exist probably engaged in self-annihilation.

A third article offered no rosier a picture as it detailed how life on any planet can implode.  Technologically advanced civilizations would be prone to cannibalize the surrounding matter and energy until nothing was left.

Earth may be headed in that direction. Water has already become such a scarce commodity. It can be bought and sold on the stock market like diamonds.  That shouldn’t be surprising.  Clean air is already the subject of tradeoffs.

In my opinion, one element in short supply is sanity.  How else can I explain that 46.8% of the American population voted for Donald Trump in 2020 despite a surplus of evidence that he is a liar, a philanderer, corrupt in his business practices, secretive about his taxes, skilled in siphoning public money for his private enterprises, willing to flaunt the rule of law, willing to pardon cronies for their crimes, willing to play golf while a pandemic rages, is vindictive, petty, and ready to bring down the Republican Party and the nation if the electorate refuses to crown him king.  Despite his record, some of his supporters swear they are ready to die for him.

When Trump leaves the White House, whether in a straight jacket, under armed guards, or in the dead of night, his legacy, says Robert Reich, will be that he has made indecency the norm.

Reich is among the nation’s most lucid thinkers, but in this case, I think the cartoon character, Pogo, comes closer to the truth.  Donald Trump is nothing more than one of us.  Let me illustrate with a story.

The day was sunny as I walked out of my retirement center.  A fellow resident was standing outside with a friend.  “Do you know what type of bird that is?” She pointed to the ground in front of her as I attempted to pass.

Hearing me, the woman paddled the air with her palms as if she were learning to tread water.  “Oh, I’m not worried about that.  I just wanted to know what kind of bird it was.”

An hour later, I returned home to find the bird lying on the pavement.  The tidying up had been left to me.

Ten minutes later, I slid into the leather chair in my apartment, holding a well-earned cup of tea and seething. Why had I been the one to dispose of the dead bird?

Fortunately, tea has a soothing effect, as any member of the British Empire knows, and  I eventually calmed down. Upon reflection, the indifference I showed to a man out of work a few days prior made leaving a dead bird on the street a minor offense.  Everyone, I had to admit, had lapses of not caring, now and again.

That thought took me to another, a speech our 39th President, Jimmy Carter gave to the nation in 1979.  In it, he addressed what he perceived was a malaise, growing like a cancer within our democracy– a malaise which  would put us on “the path that leads to fragmentation and self-interest.”

In his poem, “Ash Wednesday,” T. S. Elliot leaves us a curious warning about malaise.  “Teach us to care, and not to care.” He understood, I suppose, that like gold or platinum or water, human emotions are neither limitless nor reliable. Too little and our passion fails to catch fire.  Too much, and it cannibalizes the will and leaves it for dead.

That swinging of the pendulum left me to wonder where we stand as a society? Do we care too much about our democracy or too little? Has Donald Trump’s reign of indecency left us unmoored from our values? Or, has he marshaled us in the direction we were headed– a place where self-interest makes it easy for us to turn our backs upon a dead bird or a dying planet?

Brave words are still shouted from the rooftops–patriotism, freedom, equality.  But rather than unite, they divide us. Have they lost their common meaning?  Are we a country steeped in babble?  Or, is the condition far worse? Have we come to the hour of which Carter warned? Have we lost faith in democracy?

If so, how shall we live?

I  am a flawed person, capable of selfishness and indifference.  I am an atheist, too, who finds herself lost in a godless world where God’s name justifies cruel intentions. Yet I love my country and I accept the following sentence as self-evident.  Blessed are the peacemakers. (Mathew 5:9)  Who among us is ready?