The Man In The Fedora 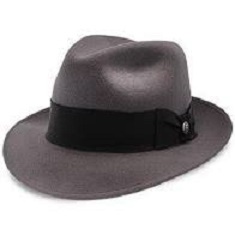 I was late for my hair appointment when the man approached.  An African-American in his mid to late 50s, he wore a brown fedora and a red sweater vest beneath a charcoal jacket and matching pants.  Nothing suggested he was down on his luck but his words hinted otherwise.  “Mam, I am a veteran…”

My palm shot up to create a wall between the two of us as the street light turned from red to green.  “I’m late for an appointment,” I said and hurried across the intersection, eager to put a distance between us.

As I turned a corner, breaking his line of sight, I breathed easier. My reaction surprised me, however.  Why had I been so anxious to escape? I’m not averse to giving street people money. Why was this encounter different? Perhaps, I’d felt ambushed by a person I hadn’t expected to beg for spare change.  Or, I’d grown callous after so many campaign appeals during this 2020 election. What I hungered for at that moment was the freedom to be responsible for no one but myself.

The hairdresser stood behind an empty chair, waiting for me, as I entered the establishment.  I slid into the fake leather with a sigh, my body beginning to relax at the sound of scissors clicking above my head. Indifferent to the tufts of grey hair that fell soundlessly in a circle around me, I stared into the mirror expecting to see improvement.  I was not disappointed.

Even so,  I continued to feel unsettled.  My thoughts drifted to the veteran I’d abandoned at the corner of Broadway and 16th Avenue.  Why had I cut him off? I could have been wrong about his intention. Maybe what he wanted were directions to a coffee shop where he’d arranged to meet a friend? Or, perhaps he was unwell. I’d never know because I’d treated him with discourtesy and hurried away.

My appointment over, I walked to the back of the shop to retrieve my coat. As I did, the man in the fedora entered the salon. Recognizing him, a chill shot up my spine.  Had he followed me? All this while, had he been hovering outside, waiting for my exit?

Partially hidden by the closet door, I watched as he approached the receptionist. The exchange between them lasted less than a minute, then the man tipped his hat and left the salon, giving the door handle a gentle tug behind me.

“What did that person want,” I asked as I approached the girl to settle pay my bill.

Her eyebrows lifted in surprise. “Him?  He was looking for work. Wanted to wash our window.  I told him it wasn’t my decision.”

My throat constricted when I heard her and for a moment, it was difficult to breathe. A vignette played in my mind’s eye like a worn-out movie, black and white images of my conduct during the past hour. They told a story of a man who’d asked for help only to be robbed of his dignity by a stranger.

The $10 bill I’d received in change for my haircut seemed to singe my fingers. I hurried into the street and began to peer into the stores east and west like a child in search of a lost cat. But nowhere, neither in the ice cream parlor, the coffee shop nor the outlet that sold Birkenstocks, did I spy the man in the fedora. He’d vanished into the pale autumn air…

Failing to fulfill one’s self-expectation is human.  Even so, each disappointment,  large or small, is sharp enough to draw blood.  What are we meant to do with them, these open wounds? Cover them with bandages? Or, expose the disfigurement to air?

“Forgive yourself, “a kind friend counseled when I’d shared my story. But, I prefer not to.  I will keep that ache at the ready– a reminder of what to do when next I meet a stranger in a fedora.