The Sin Of Virtue 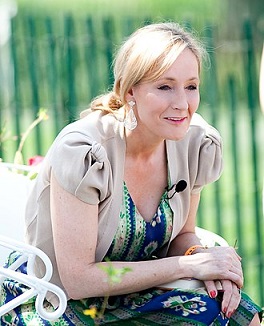 Forty-five years had passed before a former student emailed me.  His first remark didn’t come as a surprise. I’d heard versions of it before. “I’ve always thought of you as a maiden lady rather than an old maid.”  When I made no reply, the man prodded. “A maiden lady is a woman who enjoys sex but never married”  Again, I said nothing.  If he wanted me to satisfy his curiosity, he’d have to buy my memoir when it’s published.

As a female who never was a wife or had children, I’ve been subjected to speculation about my sexual orientation for years. Each time I see eyebrows raised to form a question, I hunger for the simplicity of canine communication. Either you wag your tail or you don’t.

I’ve lost a few female friends because, not daring to ask about my sex life, they couldn’t live with ambiguity. One, however, was unable to overcome her curiosity. “I suppose you’re a homosexual, but you don’t know it.”

If I am honest, I should welcome these rejections.  They’ve made me pliant about how others choose to see themselves. The options seem to be growing.  Of late, two new letters have been added to the alphabet soup of gender choices: A and I.  “I” refers to being intersexual. “A” refers to being “asexual”– which isn’t to be confused with “aromantic.” More iterations are bound to follow as people struggle to understand themselves and their place in society.

Unfortunately, neither the alphabet nor words satisfy when it comes to group acceptance. One could argue letters and words heighten confusion.  When gender splintered from sex, for example, it brought social upheaval. Biology remained the same, but gender came to mean how a person feels about biology.

The speed with which these two words were riven brought consternation to many.  Not everyone landed on the same page at the same time. No one should be surprised. The whole of human history is a stumbling foxtrot. Each time new information forces old information to make room, life as we know it takes a step forward or backward.

Science shows us a universe in flux.  Why should human society be different? In the past, the U. S. defined women as chattel.  Now we don’t. The good news is these judgments leave no impression on the universe.  The sun will rise in the east and set in the west tomorrow and tomorrow whatever we think of ourselves.

Personal happiness is another matter. Practicing tolerance toward one another could help us lead happier lives. I avoid the word “inclusiveness” as it’s been bastardized of late.  The behavior of  J. K. Rowling’s actor friends illustrates. Anyone familiar with her works,  Fantastic Beasts, and Harry Potter, knows the author is respectful of many norms. Albus Dumbledore is gay, for example. Nonetheless, her former colleagues have abandoned her because she’s questioned the effects on society when it defines sex and gender as being different.

Because I am a feminist, I have questions, too. These doubts don’t signal a desire to discriminate. They express a desire for clarity. People who shame Rowling or stand by and watch her being vilified know little about inclusiveness and are unlikely to succeed as its champions.

Discrimination is hurtful. Most people have experienced it in one form or another. Even elites. Few of us escape the pecking order. Rowling’s charitable gifts suggest she’s aware of it, too. In Goblet of Fire, Dumbledore says, Differences of habit and language are nothing at all if our aims are identical and our hearts open. Actor, Michael Gambon, may have seen these words as no more than lines in a script, but if we are to judge Rowling by her generosity, she meant them.

People who have profited from the writer’s talent should think twice when they jabber about inclusiveness. To treat her doubts as evidence that she wears a scarlet letter makes a mockery of their virtue. Each of us is allowed to question.

A world awash with tolerance begins with ourselves. If we are rash in our judgments, narrow in our broad-mindedness, or too eager to be on the “right” side of issues, we may find our journey ends where it began– a life without inclusiveness and minus good friends.