Paranoia Is The New Norm 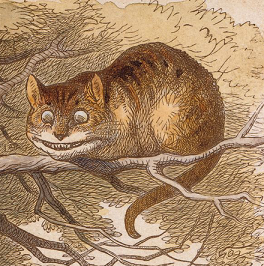 Politicians, celebrities, political groups, influence groups, and the media are doing their best to mess with reality, whatever that is. I ask, why bother? Since science began to study the issue of the blue dress that is simultaneously gold,  I’m not sure reality is real anymore. I’ve learned when the brain faces profound uncertainty–it confidently fills in the gaps in knowledge by making assumptions.

To discover my brain messes with itself is disquieting, though one advantage exists. It can convince me to believe in the absurd– which is why the title character from Alice In Wonderland is wrong to assert she can’t believe in impossible things, while the Queen’s insistence that she thinks of six impossible things before breakfast should be taken seriously.

Something else the brain takes seriously, besides the absurd, is fear and its fellow-feelings guilt and anger.  I’m not sure which of the last two take presidents after fear.  If your answer is anger,  I’ll believe you, especially if you say it often enough because, in the absence of knowledge, repetition serves as truth.

Experts also ply the truth. I see them everywhere– on television, podcasts, YouTube, newspapers– any place that looks like a soapbox.  But can they be trusted, I wonder. Their messages are so mixed.  Covid-19 is a hoax but it isn’t. People should wear masks for protection but wearing them isn’t necessary…  With the nation’s death toll rising, how am I to react? Should I cheer for the freedom fighters as they walk with naked faces along our streets? Or, should I put my energies into mourning the rising number of dead?

Do I sound a little mad?  Or paranoid, at least?  I hope so. In these troubled days, a little madness and paranoia seem logical. Even huggable Michael Moore says I have reason to fear. QAnon followers agree as do politicians from the right and left right up to the President.  He assures me the upcoming election is rigged. What will he say if he wins, I wonder. I hope I never find out. I’m too busy puzzling over his plans to make America great again, again.

Perhaps it’s better to leave this confusion to my brain. As it has the power to create reality, let it make me happy. I’m tired of feeling if I’ve been forced to have tea with a dementor. Oh! Can I talk about Harry Potter anymore? Now that J. K. Rowling insists a penis does not a woman make?

I blame my mental state on a misplaced faith in science and fact. How foolish of me when even science has let me down.  One day Pluto is a planet.  The next day it isn’t. Truth, it seems to me, is a slippery, slithery, slithy creature that lurks in the shadows of a tulgey wood. Still, it’s the firmest ground to stand upon I know. Otherwise, I’m left with Joseph Goebbel’s view of truth as summarized in Hugh Trevor-Roper’s book  Final Entries, 1945: …arguments must appeal to emotions and instincts, not intellect. Truth [is] unimportant and entirely subordinate to tactics and psychology.