The Mouse That Roars 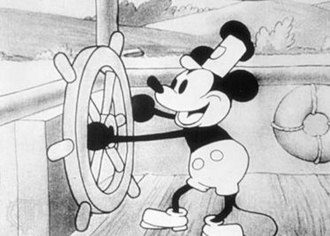 Anyone who has had mice in their basements knows it’s not easy to trap a rodent. These wily creatures know how to steal the cheese without tripping the spring. One  Republican Congressman from Indiana, Jim Banks is trying to snare the most famous one of all,  Mickey Mouse.  Until now, Disney ‘s aggressive lobbying efforts have extended Mickey’s copyright longer than the law intended. The latest protection ends on January 1, 2024. Disney may be gearing up for another assault but this time, it will face opposition. The Mouse has “crossed the line,” says Florida’s Governor, Rick DeSantis.

Mickey’s crime stems from Disney’s opposition to Florida’s new Parental Rights in Education law. That legislation prohibits “classroom instruction by school personnel or third parties on sexual orientation or gender identity from kindergarten through grade 3.”  A conservative, Congressman Banks intends to retaliate against the company’s position by opposing  “…future extensions applicable to your [Disney’s] copyright which should become public domain.”

The threat may be real but Disney has plenty of firepower with which to defend itself.  Its Florida enterprise, Disneyworld, hires over 15,000 people and contributes 18.2 billion in revenue to the state, annually. Rather than yield to Bank’s threat, it has double-downed on its political stance, reduced its political contributions, and provide $5 million to organizations that protect LGTBQ+ rights.

Given the amount of money that flows from corporations, some in Washington D. C. want greater transparency when it comes to corporate contributions. Stop Corporate Capture (H.R. 6107) is a bill to “create regulatory protections for workers, consumers, civil rights, public health, and our environment.”  (“Bill to End Corporate Capture of the Regulator Presses,” by David Rosen, Public Citizen, March/April 2022, pg. 7.) The legislation comes at a time when public opinion seems to be demanding moral leadership from corporations. Where these two trends may meet remains to be seen.

Controlling the mix of money and politics has always been a daunting task. Like water, cash finds its way through the narrowest access points. The good news is that the public has become more engaged. Congressional candidates received more than 1.6 billion dollars directly from individuals in the last three election cycles.

Unevenness on the playing field continues to exist, however. A Public Citizen study shows most of us contribute in dribs and drabs. Only 1/33 of 1% max out their contributions at the legal $2,800 per individual. When we identify these high rollers across the  32,000 zip codes, we learn they live in 8 of the country’s 10 wealthiest neighborhoods and are located in the Manhattan borough of New York City. (“One-Fourth of ‘Maxed-out Campaign Contributions From Richest Zip Code, by Agnes Cazemiro, Public Citizen News, March/April 2022 pg. 6.)  As the song says, “If you can make it there, you can make it anywhere”

Bank’s challenge to Disney is worth watching.  If I were placing a bet though, I’d back the mouse. Big money has been in the hands of the few for a long time.  It knows its masters.  I’m guessing Mickey has a high-rise apartment somewhere in Manhattan.