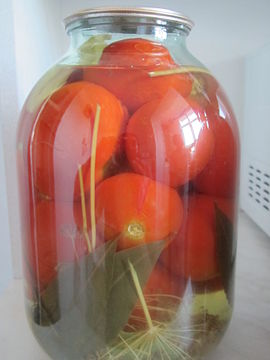 Even in a time of war, there can be moments of laughter. Late-night talk show host Stephen Colbert had a field day with a report about a Ukrainian grandmother who knocked down a Russian drone from her apartment balcony with a jar of tomatoes.  Equally low tech but less funny was a recent effort by three U. S. white supremacists to take down the power grid with box cutters.

In cyberspace where there are no hard targets, war works differently.  One expert writes hackers have the benefit of bearing little cost should they fail in their objective. They are also free to try again, taking months if not years to obtain their target. (“The Case for Cyber Realism,” by Dmitri Alperovitch, Foreign Affairs, Jan/Feb. 2022, pg. 47.)

Russia, unable to compete with America’s economy, attempts to weaken us with electronic mischief. Their interference in our  2016 US Presidential elections is one example. Likewise, the 2017 malware attack on Ukraine’s network was probably a rehearsal for its 2022 invasion. What Vladimir Putin didn’t anticipate was how major tech giants would react, taking sides in the war by withdrawing their services and products to Russian customers. Following their example, other major companies around the world have done the same.

The decisions of these corporations ushers in a new trend in corporate thinking. Readers may recall that in the past, I’ve complained about commercial greed and its neglect of civic duty. Noble Prize-winning economist Milton Friedman was responsible for that line of thought. His doctrine on free markets published 50 years ago came near to being a religion. He insisted the business of business was to make profits. To say it also had responsibilities to society was meaningless. Only people can have responsibilities, he asserted

In Citizen’s United, when the U. S. Supreme Court recognized that business entities had political rights similar to individuals, the decision changed the landscape. Not only did corporations gain certain freedoms but by implication, they assumed social responsibilities. Activists looked to them for leadership on issues like climate change and the war in Ukraine.  Detractors say corporate actions so far have been little more than lip service. Even so, …increasingly companies are flocking to adopt voluntary standards for environmental, social, and governance reporting… (“The Revolution Will Not Be Privatized,” by Diane Coyle, Foreign Affairs, Jan/Feb 2922, pg. 120.)

Writer Diane Coyle warns the job of creating a more, just and sustainable world cannot be outsourced to the private sector, however.  One reason is it suffers from competing interests. I would add our democracy doesn’t need an unelected fourth branch of government.  Nonetheless, Citizens United has brought the camel into the tent. The question is, how do we direct it?

First, we must be aware of what Citizens United did and did not do. It did not alter disclosure laws. It did not permit corporations to make contributions to candidates for federal office. Instead, it expanded the way groups of individuals within a union or a corporation could involve themselves in the political process. How that’s to be accomplished in the future requires public debate. Nonetheless, some scholars argue corporate participation thus far has improved voter knowledge and voter turnout.

Vladimir Putin’s invasion of Ukraine echoes the cold war era.  He looks to the past while the rest of the world wants to move forward. Like Friedman’s economic theory, his dream of empire is out of date.  On the simplest level, people want their Apple iPhones and working internet. For that, they need a global world, not one dictated by imaginary lines drawn on a map.

Corporations have a role to play in uniting that world, but it needs a greater definition. It needs a free exchange of ideas and policies born in the disinfected air of the public forum. That’s the bright hope, at least. In the meantime, as we march into the unknown, it would be wise to keep a jar of tomatoes handy.