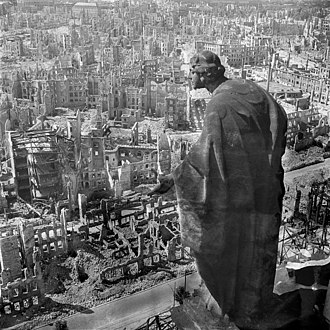 The article I was reading posed the question, “Can we prove the world isn’t a simulation?”  (by David J. Chalmers, Nautilus, Issue 42, pgs. 47.)  It’s a tech version of a long-established philosophical conundrum, “Can you prove you’re not asleep?” After finishing the article, I recalled a  line from an A. E. Houseman’s poem.  “The world, it was the old world yet.”  Years may pass but the universal question about existence remains.

That humans continue to explore the same problem assures me I’m not living in a simulation.  By now, computers would have solved that issue and generated new ones. We designed Artificial Intelligence (AI) to learn. By contrast, human nature has made little progress and so history repeats itself. That Russia’s invasion of Ukraine has brought us to the brink of another world war proves we don’t live in a simulation. True, simulations have villains and wars, but I doubt AI would create a despot foolish enough to pursue two wars on different fronts simultaneously. Putin has made that choice in Ukraine and Azerbaijan.

Simulations are built upon computer logic. The real world seldom relies upon logic. We are governed by values or the lack of them.  Joe Biden says Putin is a man unfit to lead Russia. He raises a moral issue that algorithms don’t generally consider. When his staff rushes forward to take back his words, he repeats them. Miscommunication on this scale is evidence that we exist in the real world. Republicans provide more. Eager to discredit Biden any way they can, they end up tripping over themselves with mixed messages. They are shocked by his condemnation of Putin yet criticize him for not being tough enough. No simulation could make clowns of statesmen better than reality.

Inconstancy is the hallmark of human behavior. Much of the world is moved by the courage of the Ukrainian people. Yet, barely a month into the war, humanitarian aid for the country is drying up.  The headlines no longer scream “atrocities.” We’ve become inured to entire cities being destroyed. What draws our attention is a scuffle between two celebrities at the Academy Awards.

And all the while, the murderous Myanmar crackdown on its citizens continues with barely a blip in the news.

If I were Volodymyr Zelenskyy’s advisor, I’d urge him to make a quick peace with Putin before public interest in the plight of his country gets weighed against the price of gasoline.  I suspect he will do so, aware that humans have a short attention span.  Each day he pitches to the media, struggling to keep the world focused on the tragedy unfolding in his country.  He speaks to the United Nations one day, to NATO the next, behaving like a talent agent for Ukraine as well as its president.  He knows he doesn’t live in a simulation. Didn’t he make his living as a comedian?