The Heat Of The Kitchen 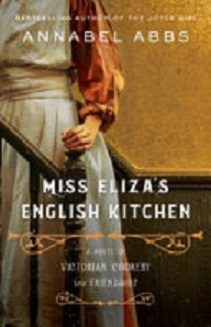 A gentleman at my retirement facility returned from a visit with friends in Australia recently.  One of his hosts took him to a remote part of the country where they were joined by others who were his host’s friends.  As might be expected, the conversation turned to American politics.  One individual expressed disappointment that President Joe Biden was responsible for damages to the Nord Stream Pipeline in September, ignoring Russia’s statement that a faulty system compressor caused the explosion. The person sharing his information cited a Fox news commentator Tucker Carlson as his source.

That rumor has been debunked by several news outlets, so I asked my companion, a man who’d made his living as a travel guide before retiring, how he responded. “I was a guest, so I listened,” he replied.

“The better part of valor is discretion,” said Shakespeare’s Falstaff In Henry IV, Part 1, but as our midterms were at hand, and voters were pondering whether to turn the country over to insurrectionists or to defend democracy, I was in no mood for discretion.  “I didn’t stay silent about apartheid when I was in South Africa,” I snapped.

I regretted my words before I’d finished my sentence. Who was I to judge? Under the circumstances, rebuttal at best would have been useless. At worst, the man would have embarrassed his host.  I tendered my apology, realizing the upcoming election had frayed my resiliency. If I am honest, though, I’m weary of Tucker Carlson and his ilk and would prefer to butt heads.

The coarsening of my spirits has, of late, led me to turn away from the news.  I prefer to watch television cooking shows. What harm can there be in vanilla pudding unless Lucretia Borgia is in the kitchen?

I’m not alone in my desire for escape. Susan Stoner, author of the Sage Adair historical mystery series, wrote me to say her 10th novel will focus on 18th-century women who developed recipes for healthy living. Her research so far reveals,“…there is currently minuscule to no information in any archive about these women. Grrr.”

If she wrote biographical fiction, the absence of facts wouldn’t hamper her.  She could make them up, as did Annabel Abbs in her 2021 novel about Eliza Acton. Acton predated Isabella Beaton as the author of the modern cookbook and, by accounts, the latter plagiarized some of her predecessor’s work.

Acton’s life began as the child of a successful businessman. She was still young when the family’s fortune changed, however, and her bankrupt father fled to France, leaving his wife and children to fend for themselves. Acton had dreams of living a poet’s life and, with perseverance, enjoyed a small success. That being the case, she was affronted when a publisher offered her a contract to write a cookbook.

Returned home, a penurious spinster, living under the roof of a mother who nagged her to find a husband, Acton reconsidered the offer. Even so,  she was determined to make the genre her own.

She succeeded with Ann Kirby’s help, an impoverished servant who had troubles of her own. Ann’s mother was mad and her father was a drunkard.  The three lived in a shack with not enough money for Ann to own a decent pair of shoes.  The girl, little more than a teenager, jumped at the chance to work in a warm, clean kitchen. The collaboration, born of commiseration, grew into a friendship. The result was a  cookbook 10 years in the making which the public embraced.

As an escape from politics, I recommend Abb’s fictional biography. Julie Whiteley, a critic for the Library Journal, as well as others, gave the work a thumbs up. Whiteley writes, Abbs has written a fascinating, long-overdue tribute to the unconventional Eliza Acton, the woman who revolutionized the English cookbook. Ann’s and Eliza’s drives for independence is (sic) inspiring, and their passion for cooking will awaken readers’ inner chef.

My inner life would prefer to eat a cake rather than bake one. Nonetheless, for those who wish to escape the heat of today’s political kitchen, I recommend Abb’s book, Miss Eliza’s English Kitchen: A Novel of Victorian Food and Friendship.