It Isn’t The Economy, Voters! 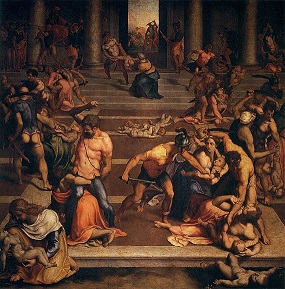 Support for Republicans in the next election is rising because the economy is down, some say.  Even women independents are leaning toward Republicans despite the party’s hostility to female rights and its aim not only to end all abortions but contraception as well. Men may have the luxury of worrying about the price of gas, but women are on the precipice of losing their freedom.

Even so, some women are wedded to a political cult that means to oppress them. I’m at a loss to understand but one of them expressed her loyalty succinctly. A Georgia voter, she intends to support the Republican Senate candidate, Herschel Walker–a man discredited for his lies and his violence toward women.

“I don’t care if Herschel Walker paid to abort endangered baby eagles. I want control of the Senate.”

Walker seems more qualified for a stint in jail than Congress. Nonetheless, his willingness to dismantle democracy and install a theocracy makes him worthy in the eyes of many.

Democrats recognize the opposition’s madness but have countered with conduct equally troubling. They have poured money into the campaigns of discreditable Republicans, like Walker, assuming voters would turn to their party for a haven. Instead, those disgraced candidates have gained traction, leaving leaders like House Speaker Nancy Pelosi, skewered by the Machiavellian gambit they created.

To those among us who remain sound in mind, here are a few facts to consider before voting:

INFLATION isn’t the failure of Democrats. The phenomenon is worldwide.  Nonetheless, under President Joe Biden, (D) salaries continue to rise.  The economy is strong and unemployment is down. Though the stock market is choppy, investors sense a rebound.  What’s more,  history confirms the U. S. economy performs better under Democrats rather than Republicans.

If people were to refuse the notion that change for the sake of change is good, the 2022 election should be a Democratic cakewalk.

Unfortunately, the fog of insanity that surrounds us, as I’ve said, is a global one. Vladimir Putin embarks on world conquest while scientists predict humans will be extinct by 2050. On the face of it, the tyrant’s behavior is idiotic.  Climate change, which threatens us all, is a crisis that begs for cooperation. Yet Putin performs as if the scientists are wrong.  He’s a fool to think so. Homo sapiens haven’t a good track record.  We’ve killed off 8 evolutionary cousins. All that’s left to destroy is our planet and ourselves.

The tumult that engulfs us arises from conditions far more sinister than inflation. The angst we feel as a species could arise from an apocalyptic intuition that we have exploited the earth’s resources without a survival plan.

What lies ahead may be a return to the law of tooth and claw. Rather than work together to solve problems, we will wrestle each other to death for the last cup of clear water.  If we descend into tribalism, if we choose to divide our species into “us” and “them,” then by that competition we admit our survival chances are nil.

The 2022 election is about fear. At stake is whether democracy, an institution that depends upon cooperation, lives or dies.