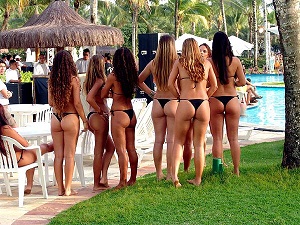 During the most recent surge of Covid-19, I lost track of a friend.  She didn’t answer messages left on her cell phone, landline, or email.  Naturally, I was relieved to get a message last week.  She said her doctor had hit a nerve during a medical procedure and it had caused her much pain. She’s usually willing to talk about her medical condition so when she failed to describe her problem, I suspected she’d undergone cosmetic surgery, which wouldn’t have been her first.  I didn’t press for an explanation.  I was glad she had recovered.

Cosmetic surgery continues to be a booming business, even during the pandemic.  Women represent 92% of the customers but a growing number of men are seeking personal improvement. Botox injections are popular. They plump the skin rather than pull it tight like a trampoline. However, one expert warns too many filler treatments can disfigure features, leaving the patient with an alien face.

Being a woman, I admit looking good boosts my outlook. I also get better service when I’m not mistaken for a bag lady. A little vanity is human, but most women know, I hope, that looking good has little to do with social equality. On the contrary, looking good can lead to sexual harassment. I’m not blaming women for that consequence.  Nonetheless, harassment happens.  Recently, to escape a vindictive admirer who was a member of India’s Parliament, one woman resorted to suicide.

Despite the danger of harassment, some women see sexual attraction as a form of power. If so, it is a weak one. Women who present themselves as desirable become objectified “and treated as an object to be valued for its use.”

The 5 major religions of the world, all founded by men, blame women for their allure. In part, that’s why the burka was invented.  Strictures on a woman’s dress and behavior vary among those religions, of course.  Some display a limited tolerance toward women.  Others express open hostility to them, denying them an education, control over their bodies, and no more freedom than goats locked in a pen.

Surprisingly, in Christianity’s early days, women had prominent roles in the church.  Newly discovered Egyptian writings support claims that Mary Magdalene was one of Jesus’  12 disciples. In contrast, today’s Taliban take their views on women from 7th-century tenets. These tenets had fallen out of favor for many years until this extremist group revived them, not for reasons of faith, but as a reaction to colonialism and India’s persecution of Muslims in places like Kashmir.

While major religions give little authority within their structure to women, women tend to be more fervent keepers of the faith than men.  Scholars speculate on the reason: Even through submission, women can create particular ethical selves to develop relationships that are understood as desirable. In sum, women have learned to make a space for themselves within the harshest strictures.

Women’s history is riddled with exceptions to accommodation, of course, proving females can be fierce warriors for a political or ideological cause. Yet, not until the 19th century and the suffragette movement have I found evidence of a women’s uprising for personal freedoms. As I’ve said, women tend to adjust to conditions they do not create. The question is why. Does the answer fall to biology?  Psychology?  Social mores?

Patriarchy arose for a reason and not, I suspect, because women lacked the courage to oppose it.  If so, I must ask, as others have done, what was the nature of the patriarchal bargain that shaped women’s consent to it?

I have no answer to that question. It may rest with the roles of parenting. Whatever the reason(s), if women want true equality, they need a new compass.  They must discover why they have stuck to their patriarchal bargain for much of human history. Many academic papers posit theories, but they have failed to catch fire.  The movement needs another Betty Friedan–a woman who could say with clarity what women felt but had failed to externalize. I wish I had that insight.  I don’t.  What I do know is that while I have no objection to Botox or thong bikinis, I’m certain women will need more than that to claim the future.