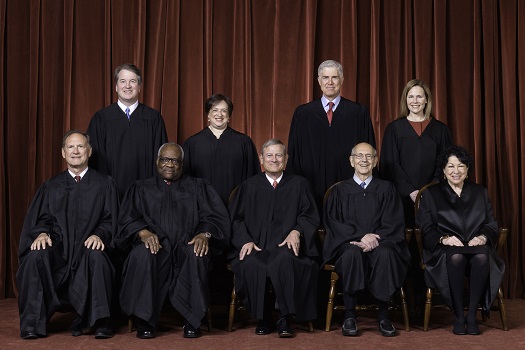 Donald Trump’s presidency taught us the strength of our institutions depends upon our goodwill.  They work because we want them to.   If we doubted the integrity of the ballot box and our judicial system, for example, we’d condemn ourselves to second-guessing every outcome.  Institutions die when that happens.

The Supreme Court’s growing reliance on the secretive “shadow docket”  threatens our faith in the law. Traditionally, attorneys took this route when their clients were confronted with immediate “irreparable harm.”  Prisoners facing federal executions are common applicants.

In 2017, Trump changed the shadow court’s trajectory. Ignoring the “irreparable harm” standard, he took his appeals directly to the High Court, by-passing lower ones. That year, he made 41 appeals and won 21 of them. His decision also gained him the added benefit of secrecy because those proceedings require no public record, including how each jurist voted. Without transparency, lower courts receive no future guidance. But that may be just as well because in the shadow court there are neither full briefs nor oral arguments.  (The Guardian)

Ignorance about who and why the court ruled isn’t bliss, however.  At least, the process troubles Senator Sheldon Whitehouse of Rhode Island. He fears too much dark money is flowing into this dark process. He chairs a panel on the Senate Judiciary Committee and has released his findings in a report published by the Harvard Journal on Legislation. While not giving his democratic colleagues a pass, he finds evidence of a  conservative money trail that taints High Court decisions on issues like corporate spending for political campaigns, the rights of labor unions, and voting rights.

According to Whitehouse, it’s easy to understand why “6 in 10 Americans say the Supreme Court is motivated primarily by politics..”   Mindful that 6 of the 9 presiding judges are conservative, 3 of them appointed by Trump, President Joe Biden issued Executive Order #14023. It created a committee charged with seeking ways to align the aspirations of a pluralistic society with the philosophy of a conservative court. As of this writing, the group has issued preliminary recommendations, but those recommendations are unavailable to the public.

One way to reign in the High Court often talked about is to revoke its right to judicial review.  In 1803, as I’ve discussed in an earlier blog, the case of Marbury v. Madison allowed Chief Justice John Marshall to rule on a previously unasked question: What is the institution’s jurisdiction in  Constitutional matters? His decision was unequivocal. “It is emphatically the duty of the Judicial Department to say what the law is.”

Marshall’s words have stood for 200 years, though it should be noted not all western democracies share this opinion. Switzerland and the United Kingdom exist without a court of this kind.

Whether any judiciary, however well-intentioned, can satisfy jurisprudence and the will of the people simultaneously is a thorny debate. I doubt the dispossessed American Native Tribes would have given the Court high marks. Nor would those affected by the Muslim ban or Chinese quotas, or those who have seen their voting rights gutted.

At the heart of the issue is an unanswered question. Shall the citizens of our 245-year-old democracy submit to a judgeocracy of unelected officials and by their 5 to 4 vote shall they decide the fundamental social issues of our time? Further, to the extent judges have ruled on an incendiary issue in the past, like abortion rights and gun ownership, have they settled anything?