Democracy In A Time Of Madness 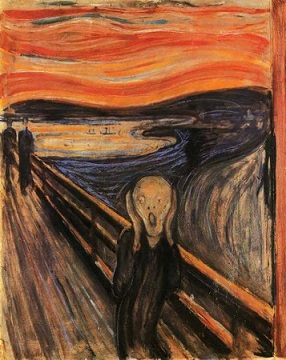 Recently I came across a quote on a poster: “It is always the minorities that hold the key to progress.”  A catchy sentiment but not always true. Minorities that behave like thugs and bullies don’t get a pat on the back.  The Taliban is one example.  People who object to taking  Covid19 vaccines and who threaten health care workers are another.  What’s remarkable about this last group is their firm belief, totally without foundation, that those who have taken a vaccine are responsible for the pandemic’s spread.

They go so far as to wrap themselves in the American flag, pretending to mistake health care and public safety with First Amendment rights.   On an ordinary day, in another epoch, these same people would probably think differently about a person’s right to spread a contagious disease. Take tuberculosis for example.

The minority’s failure to respect the rights of the majority during the pandemic raises a question. What are the rights of a minority in a democracy?  In his first inauguration speech, Thomas Jefferson wrote the “…minority possess their equal rights with equal law,” but that “…the will of the majority is in all cases to prevail.” [Emphasis mine.]

If any member of the current anti-vaccination minority can prove scientifically that vaccinated people are major spreaders of Covid-19 and the Delta virus, then I will join their cause to create a new majority. Until that time, I oppose their insanity.

The First Amendment doesn’t give the minority the right to spread a deadly virus. Nor does it strip the majority of their right to be protected.  We could put the matter to a vote and end the debate, but the ballot box is under siege by this same group who also believes the 2020 election was rigged despite a lack of evidence.

The Supreme Court could step in if asked. Unfortunately, like the ballot box, its authority depends upon the consent of both winners and losers to accept the outcome. That willingness seems to be eroding. Some question the Court’s authority to rule on any Constitutional matter, and they have grounds for making the assertion. Judicial Review, stems not from the Constitution but from a power the Court gave itself. (Marbury v. Madison, 1803)  As a young lawyer, Chief Justice Roberts, who opposed Role v. Wade, argued jurists should be denied that right because there was no legal justification.

In April, President Joe Biden formed a commission to look into Judicial Review among other issues regarding the Court. Many feel recent appointments hold views out of sync with changing social values.

Judges I have met deny their personal views shape their legal decisions. The law dictates, they insist.  But I don’t believe them.  If laws were self-evident, there’d be no need for courts. Instead, history reveals a marked conservative bias on controversial issues. The Dred Scott case upheld slavery. More recently the Muslim travel ban endorsed racial prejudice and so did the gutting of the  Voting Rights Act.

Because few believe in unbiased jurisprudence, the public gives nominations to the High Court intense scrutiny. In addition, many have heeded Chief Justice Roberts’s earlier advice and sought ways to skirt its jurisdiction. For example, the new Texas law narrows a woman’s right to an abortion to little more than words written on paper and leaves enforcement of the new law to the public. With no official as enforcer, there is no government to sue.  Hence, the issue bypasses the courts.

Women’s Rights advocates sought an injunction to prevent the Texas law from taking effect. If tested, they claim it would be declared unconstitutional.  But their opinion will never be confirmed because 5 of 9 Supreme Court judges decided they had no jurisdiction, and possibly they are right. Certainly, the Texas legislators held that view. With no ruling, other states have stated their intention to skirt the Court, signaling the demise of Judicial Review.

For people who love irony as I do, take note. Last week, Chief Justice Roberts voted with the minority on the Texas law. In doing so, he opposed the majority of his peers who established the opinion he stated years ago. Both times, abortion was the issue.

Abraham Lincoln faced a period like the present when we were a divided nation.  At Gettysburg, he maintained the strength of our country rested in its Constitution, a document written of the people and for the people.  Nonetheless, he knew its limitations and fought the Civil War because, like his predecessor, Thomas Jefferson, he acknowledged its purpose was to preserve majority rule.

Today’s majority has the same obligation.  We must oppose the minority’s tyranny. Otherwise, they will infect this democracy and our laws with their madness.