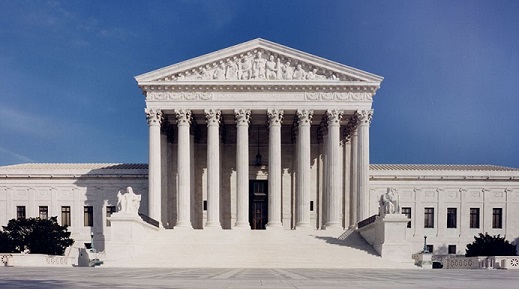 Donald Trump’s Reign of Error has left some positive residue. It got people to vote in large numbers, and it also got them to consider the meaning of “checks and balances” with reference to the U. S. Constitution. Congress, particularly the Senate, hasn’t provided much of a civics lesson on that point, but what about the Supreme Court?  Did it insulate the country from presidential overreach?  According to some pundits, its performance has been a mixed bag.

The authority of the Supreme Court is enshrined in Article 111, Section 2 of the  Constitution. It gives that body the power to determine what are issues of law are and rule accordingly. (“Maybury vs. Madison”)  Historically, neither the White House nor Congress have been comfortable with its jurisdiction and have tried to provide oversight through judicial appointments.  Amy Coney Barrett’s is a recent example. Ultra-conservative, she replaces an ultra-liberal judge, Ruth Bader Ginsberg. Congressional Democrats are rattled by the conservative shift the new appointee brings to the Court. They talk of remedies like increasing the number of justices or initiating term limits for judges. Congress has the authority to regulate the Courts under the “exception” clause of section ii, an effort to ensure an elected body has final jurisdiction over an appointed one.

In 1982, after Roe v. Wade, a young lawyer, looking for a third way to reign-in the courts, made an unorthodox proposal. (“Pack the Supreme Court, or Stripe Its Powers?”  by David Yaffe-Bellany, Bloomberg Businessweek, October 12, 2020, pgs. 36-37.)   Under the exception clause, he argued Congress could regulate what cases came before the high court and which did not. In today’s world, for example, if Congress wanted to pass a sweeping “Green New Deal,” but feared a conservative Supreme Court would overturn it, legislators could add language to the bill that exempted it from the high court’s oversight. That would strip the judiciary of its jurisdiction.

A snag exists, however. Article 111 gives the Supreme Court the power to determine what is “law” and “equity” which means, according to Maybury vs. Madison, the Court has the right to decide what is law and could exercise that right.  The inevitable battle between the branches of government would weaken our democracy, so no one as yet has had the stomach to play that gambit. But times change.

A discussion about the Constitution is apt to make a person’s eyelids grow heavy, instilling the need for a nap.  But not to worry.  Even a Constitutional crisis has its ironies and bits of humor. Take that young lawyer who was so incensed by Roe v. Wade that he proposed to strip the high court of its power, for example.  His name is John Roberts. Yes, that one! The Chief Justice of the United States Supreme Court.