Saving Our Ship Of State 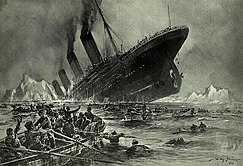 The ferry bobbed in the six-foot waves like a match stick caught in a wash cycle. While the storm outside raged, inside, passengers huddled in the middle rows of the vessel’s viewing area, away from wind gusts that could break the glass. Together, the people, white-lipped as the foam, prayed–believers and atheists. Prayer was their last hope.

No one blamed the captain for the squall that had overtaken them.  They were glad to see him standing at the wheel, his white beard testifying to his years of experience.  On dry land, he walked with a limp, but on that night, no one questioned his handicap or his age.  His skill was what they cared about.

I write this story as a metaphor for Joe Biden. At 79, he is the oldest president in American history. But, a leader in his senior years isn’t extraordinary. Konrad Adenauer was 73 when first elected as Chancellor of Germany. Most people thought he was too old for the job and he won his post by one vote. Even so, he led the country through the turbulent struggles of World War II and the early days of the cold war.  The man people imagined would be a one-term “caretaker” stood at Germany’s helm for fourteen years.

To complain about a candidate’s race, ethnicity, or sex would likely be censured as non-inclusive.  Someone’s age, however, remains an acceptable prejudice.  Says one Michigan teacher about Biden’s candidacy in the 2024 election:  “I’m just going to come out and say it; I want younger blood.”  Another voter compared the President to a zombie.  A third muttered the man was too slow to act, a backhanded reference to age. The last remark came from someone who concluded he’d vote for Donald Trump in the next election.

That Trump is 76, a scant 3 years younger than Biden, doesn’t seem to weigh on the man’s decision to switch parties. Those who share his conclusion are also silent on Trump’s morbid obesity and what that might mean for his longevity in office. At no time, do they question his mental health. Nor do they acknowledge that his first term as president was no recommendation for a second.

Trump vacated his office gracelessly after attempting to orchestrate a coup. The economy he left behind was in shambles with a 14.7% unemployment rate and a pandemic out of control.  Domestically, he failed to bring jobs home from overseas as promised; failed to help small businesses, and failed to persuade Mexico to build a wall on our southern border. His floundering immigration policy exacerbated existing conditions and was inhumane, separating asylum seekers from their children as one example.

On the international front, Trump’s America First plan almost killed free trade and American influence in the world. Much of his diplomatic efforts he wasted on tyrants, associations which left him with an appetite for military parades.  He did appoint 3 ultra-conservative Supreme Court Justices as promised.  They overturned Roe v. Wade, but neither a majority of women nor the public is celebrating.

In 2020, after four tumultuous Trump years, I predicted the country had turned a corner. The President-elect had more than a television show to his credit and a manner as soothing as vanilla ice cream.  I was wrong about the public’s reaction to his style.  They saw it as dithering. Nonetheless, I am right that his experience has benefitted the country.

In his first year, he had a plan of attack for the raging pandemic.  He expanded the Affordable Care Act so that vaccines were available to everyone. He stimulated the economy with a 1.2 billion dollar infrastructure bill and gave financial assistance to families and states threatened by the medical shutdown. These decisions eased the pain, and the unemployment rate dropped to 3.9% as salaries rose.

Inflation dogs the country, but it’s the same everywhere in the world. Biden’s not responsible for the pandemic that disrupted the supply chain of goods and services. Nor is he responsible for the war in Ukraine. He didn’t stage a Capital insurrection nor did he support the overturning of a woman’s right to privacy.  As President, he hasn’t many tools in his toolbox to address them either. Still, he’s used what he has. The power to do more lies with Congress. If the voters want more progress, they will have to send more Democrats to Washington. A soldier can’t be blamed for failing to defend democracy if his countrymen deny him weapons.  Age isn’t Biden’s problem. A fickle voter is.

Though Congress appears to have tied one of Biden’s hands behind him, he keeps the other on the ship of state’s wheel. Easing the tumult of the previous administration won’t be fixed overnight. Even so, he’s accomplished much in a little over a year. He’s kept our values, our democracy, and our international leadership afloat in the worse of times. Imagine what he could do in the best of times.

As citizens of this nation, we can help.  First, we must wake up to reality.  The Republican Party isn’t a political alternative to the Democrats.  They are a minority cult that wants to rule and strip away the rights of the majority. Second, if we wish to escape this tyranny, we must vote for Democrats up and down the ticket. Our freedom depends upon it. Biden’s age is nothing but the far right’s arrow of distraction.