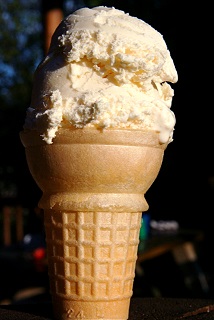 (I’m taking a lap victory by repeating my blog of November 2020, after Joe Biden’s defeat of Donald Trump.)

The 2020 election makes clear that neither political party will be setting the course for the country. Gridlock remains though Trumpism may sink to the murky depths from which it emerged.  The blue wave, if it exists, is far out to sea despite the far left’s notion that Bernie Sanders could have won the election in a landslide, and tomorrow we’d be closing police precincts. The rest of us know that day will arrive the same day Donald Trump bows his head in humility.

Don’t mistake me. Extremist serve a purpose. They flower best when the goal is to see blood run in the streets.

Peaceful transitions require less firepower. Or, preferably none at all.  After four years of turbulence, the country has chosen a leader who is familiar, calm, and as soothing as a serving of vanilla ice cream. He will correct the nation’s course, but wisely, mindful his opponent earned  72 million votes— nearly half the total of ballots cast in the last election.  An experienced leader, Joe Biden will know when to sprint and when to walk toward a goal, ever aware a fringe element stands in the wings.

He‘s also aware that half the country believes Donald Trump was a man who kept his promises.  True, some of those promises were destructive, like withdrawing the United States from the Climate Accord. Others were cruel, like weaponizing children to staunch the flow of immigrants to this country.

Mostly, Trump’s policies were a failure.  He abandoned our allies on the world stage. He abdicated his duties in the fight to curb Covic-19. Both were body blows that injured our economy. Even so, he leaves office with a 90% approval rating among Republicans. (Trumpism Isn’t Going Away,” by Joshua Green, Bloomberg Businessweek, Nov. 9, 2020, pg. pg. 15.)

To account for his continued following is a puzzle. This is a man who leads neither by his moral character nor his capacity to deliver on the bulk of his promises.  We’re still waiting for Mexico to pay for a border wall. A few, privileged white males publicly support him, Clint Eastwood and Jon Voight, for example—anachronistic, macho males for whom the call, “Black Lives Matter” smacks of a conspiracy.  Yet, there are others in his following to whom Biden must pay attention. Trump’s influence among white, rural Americans persists and it grows among Latins and black males.  In the case of minorities, his appeal stems from his inflated claims about a booming economy.  The promise of jobs resonates more strongly among them than talk about social welfare programs.

Though Trump managed to bring into his tent a slice of affluent whites, underclass whites, and a growing number of minorities, they never coalesced, because his message was about division. In particular, he fostered the notion among the white underclass that they were entitled to despise minorities.

Add to this cohort, the number of conservative women who are embracing politics, thanks to Sara Palin.  (The New Republican Hard-Liners,” Naomi Nix et all, Bloomberg Businessweek,  Sept. 28, 202, pg. 29.)  Like the Squad of the liberal left, they have no fear of confrontation. Neglected by their political party for so long, they seek to prove themselves by being strident. Compromises on social issues, women’s rights among them, will offer few opportunities for compromise.

President-elect, Biden has his work cut out for him. Trump’s legacy, if it can be called that, is a pile of rubble for which we also have the Republicans to thank. They flattered the President’s   regal illusions because, never having served the disenfranchised people who elected them, they feared the awakening of the downtrodden. People at the fringes, forgotten people angry with their government heard Trump’s defiant message and mistook him for one of their own.  He gave them hope. This galvanized force left traditional Republicans no choice but to seek the protection of this newly arrived outsider.

Biden is no outsider.  Born of a working-class family, he knows the wealth of a nation arises not from tax cuts for the wealthy but from an investment in ordinary people. Equal opportunity matters.  Good paying jobs matter. Social justice matters. Mutual respect matters. None of these are revolutionary ideas. They are American ideals.

It’s simple. Joe Biden intends to revive these principles. Sometimes, to feel renewed all a person needs is a scoop of plain vanilla ice cream.