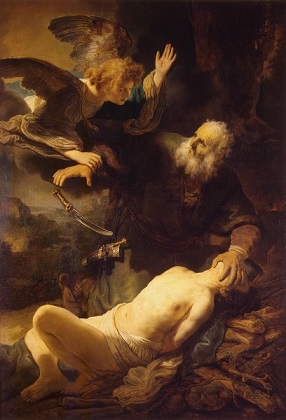 With or without God, nature works in mysterious ways. For example, truth isn’t immutable but is determined by where we stand in time and space.  The giddiness with which truth varies in different parts of the world is mind-boggling. In Florida, a group of seniors lie, cheat, and bully their neighbors in the name of cherished values. Russia’s brutal war against Ukraine it depicts as an act of idealism. A former U. S. President who is a serial liar, who cheats his customers, runs a bogus charity, lies about his income to the IRS, assaults women, and appears to have led the charge in the June 6, 2021 insurrection can pass as a legitimate candidate for U.S. President in 2024 in pockets of the country.

How these truths manifest in Outerspace is another issue. To an extraterrestrial, I don’t exist. Even so, I dare to ask if there is any method to the madness around me? The answer is yes.  Consilience. Before he died, Edward O. Wilson, a Harvard professor, posited there was a “group-ishness ” in nature. The elements that work to this end are variation, selection, replication and, I would dare add, dissolution because groups inevitably fall apart.

The pattern that determines how the grass will grow and humans interact depends upon struggle. Grass competes with weeds. Autocracies compete with democracies.  Old ideas grapple with new ones. Conservatives worship the past. Liberals seek future change.  Both sides claim to be Freedom’s champion, suggesting they lack a common understanding of the word. In the United States, as the ethnic and racial populations grow, what passed as social harmony before is best described as equilibrium.  Diverse factions that once were too small or too politically weak to exert influence now seek a voice in human affairs.  In the contest that will follow, one wonders if democracy will be a winner or a loser.

Vladimir Putin, Russia’s dictator, is betting against American democracy. Our internal turmoil may give him reason to hope. But the process we are undergoing is unclear. The chaos he sees could be constructive rather than destructive. But have we the luxury to wait for the outcome? Within the next 10 years,  If scientists are correct, the earth may be uninhabitable for our species.

Nature won’t weep for our demise.  Struggle, death, and dissolution foster biodiversity. Each species’ effort to survive contributes to the planet’s ecosystem.  The result of that struggle is harmony.  No matter how much we may wish it, the lamb is not destined to lie down with the lion. Rather, it will bend its energy toward escape.  Yet nature has decreed that if the lion is to live, the lamb must die.

Stasis is as much an anathema to the universe as a vacuum.  To release creation’s energy what exists must fall apart. Even equilibrium has an inner tension. Nature gives us many examples.  The porcupine presents its quills to a predator to threaten the aggressor.  If the contestants are equally matched, equilibrium exists.  Both creatures turn away to preserve their lives.

Human behavior is no different.  For decades, we have avoided a nuclear holocaust because, among dominant nations, a balance of power exists. Robert McNamara, U. S. Secretary of State under John F. Kennedy and Lyndon Johnson assumed nuclear détente would hold because “One cannot fashion a credible deterrent out of an incredible action.”(“The Wild World of Threats,” by David P. Barash, Nautilus, Issue 42, pg. 85.)  He gave no thought to smaller atomic weapons because the technology didn’t exist. Now that it does, the equilibrium is broken. Governments may contemplate a nuclear conflict if it is confined to a small area.  But once let loose, can the destruction be  confined? Putin may force us to discover the answer. He threatens to use nuclear weapons against Ukraine rather than suffer defeat.

We can blame Putin for his fragile ego, or we can see him as a force of nature. His destructive instinct is from nature’s playbook. Progress requires sacrifice. Humans may decry the design, choosing to dream of peace, love, and harmony. Nature, however, seems to be against these ideals. No human society has achieved them.  Like the dog that barks at the butterfly, we may long for wings but the universe chose to give us limbs.

Why do we torment ourselves with a dream of wings?  Peace and harmony live in our imagination. Each time we attempt to make them real, passion overrules us. We are victims of inner war, too, it seems.  Yet, I take some comfort in one realization. If we could recreate nature’s law and remold it nearer to our heart’s desire, we would need our dreams.