Revisiting The Field of Dreams 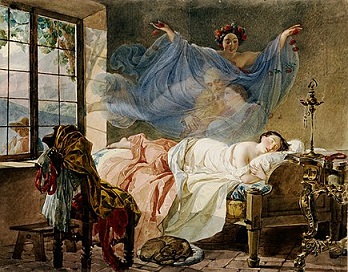 Truth changes with time and distance, but learning is also a factor.  Because of science, we no longer believe the sun revolves around the earth. The brain’s malleability also shapes our understanding of the truth.  In one study, researchers paid Fox news consumers to watch its media rival CNN for a month. The surprise outcome was that those involved in the experiment altered their views.

Media, the study concluded, influences the audience through “agenda-setting,” “framing” and “emphasizing certain aspects of an issue.” Tyrants like Vladimir Putin, cults, or abusive spouses instinctively know power lies with those who control information.  Worth noting is that those who participated in the media experiment returned to Fox News once they were no longer paid to watch CNN. Old opinions seem hard to shake.

Though its mysteries are complex, the human body has given up many of its secrets. Scientists have learned why the average human life expectancy is in the 80s while mice live a few months. The Longer the lifespan of a species, the slower the rate at which mutations occur.   The slower the metabolism, the fewer opportunities for cells to make errors when they replicate. Nonetheless, the measuring tape for all mammals is the same length.  The critical mass for mistakes is 3200.  At that point, the body, unable to function, dies.

The mind seems less willing to give up its secrets. Imagine how our understanding of the world would change if we knew more about our unconscious. Why do we dream, for example? Several theories exist. In ancient days, seers believed dreams provided a glimpse of the future.  Today, some believe dreams are the way the brain files daily experiences. Or, they are messages from the unconscious. Carl Jung, a psychiatrist, thought that. Others believe dreams have no meaning.

Despite the theories, artists pay heed to their dreams.  Salvador Dali captured them in his paintings  Samuel Taylor Coleridge preserved them in his poetry.  My dreams aren’t as creative but I also pay heed to them. When I did dreamwork, spiders were a reoccurring image.  Eventually, I discovered the obvious. I dreamed of spiders when events in ordinary life “bugged” me. But I do have dreams that seem to speak in a foreign language.  The symbols are unknown through the stories are intriguing.

That dreaming has a therapeutic benefit, I do believe. In elementary school, I struggled with long division. One night I dreamed I had mastered it and was capable of teaching others.  The next morning, the dream proved to be true. If I had to choose from among the many explanations for the existence of dreams, I’d side with Jung.  They seem to be more than a filing system for daily experiences.

Dreams are common to our species and can influence us in some ways. My dream of spiders is an example. But they also can frighten us so that we wake up in a sweat, or force us to walk in our sleep. Given their power, it’s natural to wonder, if they can affect us, can we affect them? Lucid dreaming comes to mind.  The unanswered question is how deep can we go into the unconscious?

Could we communicate with our bodies at the cellular level to control our metabolism? Studies of Yogis suggest meditation could provide one way. Dreaming might be another. Researchers have turned to technology to explore our dreams.   (“Night Shifts,” by Michael W. Cline, Harper’s Magazine, April 2022, pgs. 27-36.)  This modern tool may take us farther than the seers with their reliance on bird entrails. The computer world, being immense, is a useful tool for studying worlds as vast as the universe and the unconscious.  Whatever we discover, learning the secret of dreams will revolutionize our view of reality.