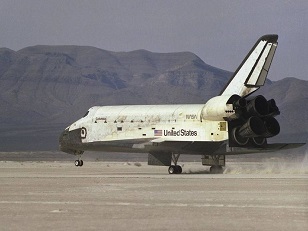 When I was in college in the 1950s, my philosophy professor spent his summers at White Sands, New Mexico among a coven of NSA scientists.  When I asked how much he knew about physics, he laughed and said,  “Almost nothing.” He went on to explain his job at NSA was to visit the labs, mingle with scientists, and ask questions that challenged their assumptions… “Out of the box thinking,” he added. “That’s what they needed.”

That conversation came to mind as I talked with my stock broker’s assistant today.  She’s been working at home for a couple of months but had been given an opportunity to return to the office.  At first, working at home had left her feeling isolated.  She missed her colleagues and was overwhelmed when she discovered performing her job at home left her as a full-time mother, as well.Over time, she grew used to her Covid-19 confinement, however, and found she liked the change. (See “Boredom’s Gift.”)  Now, given the opportunity to return to her glass tower, she felt reluctant.

Many of us may be similarly discomforted in the post-pandemic future. Change forces us to think out-of-box, as my professor noted. Once we expand our thinking, however, possibilities unfold to make our former existence seem small.

Having finished my conversation with the young mother who as contemplating a return to the norm,  I sat down with my coffee mug and picked up a magazine.  As if by magic, a page opened to a relevant topic. The article was about how an epidemiologist reorganized her research after the pandemic hit.  (“Heads In The Cloud” by Maimuna S. Majumder, Wired, July/August 2020, pgs. 74-77.)  Currently, Maimuna Majumder assists in research projects shared between Boston’s Children’s Hospital and Harvard Medical School.  Because of the virus, she works at home, modeling the spread of Covid-19.  Unfortunately, the task is so large and complicated, she began to doubt she and her colleagues could make much progress.   Then, Majumder had an idea.

Aware that many post-graduate students were without jobs,  she hopped on to Twitter and asked for qualified volunteers for assistance.  To her surprise, 30 people came forward—scholars from a variety of disciplines that included not only epidemiology but psychology and computer science. They varied with regard to cultures, ethnicities,  and geographic locations as well–not to mention they spoke 20 different native languages.

At their first a hackathon, the volunteers decided to pursue 8 of Majumder’s projects and divided themselves according to interests. Their approach was unique because most research is organized like a pyramid with a principal investigator at the top to direct the remaining researchers. Despite the volunteers’ novel approach, their work met with success and their numbers swelled to 100.  So did the projects, increasing from  8 to 23. The varied disciplines had produced results that could have taken years to achieve.  But there was another unexpected bonus.  “…emerging from the pandemic’s shadow,”  deep friendships formed.  (Ibid, pg. 77.)

If there’s one observation to be made about Covid-19, the disease has proven we humans are a resilient species. Social isolation has forced many of us to invent different ways to communicate and the cross-pollination of ideas has generated new solutions to old problems. Who knows what more we may achieve under the shadows of this pandemic?  “Man is a social animal” and together we can work miracles.