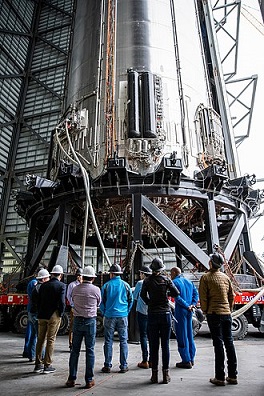 Everyone knows about the split between left-wing Democrats in Congress and moderates.  The left wants to redistribute wealth by raising taxes on the rich. Moderates who come from politically divided districts want to move more slowly.  Some, like Senator Joe Manchin, openly worry the national budget already contains too many entitlements.

According to a  PEW report, the left-wing has a point. The middle class is shrinking while the wealth of the super-rich continues to grow. With the help of good tax accountants, the extremely wealthy have managed to shield about 30% of their wealth from taxes. Dan Riffle, an adviser to House Representative Alexandra Ocasio Cortez observed,  “Every billionaire is a policy failure.”

More than once I, too, have disparaged the hoarding habits of those with extreme wealth. What democracy gets is a shadow government that spends money on objectives democratically elected representatives might not choose.  Who asked multi-billionaire Elon Musk to build SpaceX?  What’s more, he built it with government help.  When Musk complained billionaires were taxed too much, I suspect his tweet provoked laughter among many.

The United States has the biggest wealth gap between rich and poor than any other country in the world. Even so, Musk has a point about higher taxes.  Taxing all billionaires at 100% would only make a small dent in the U. S. national debt  Already, that debt exceeds 23 trillion dollars.  Steven Pinker also has a point,  when he defends the contributions billionaires make to society. “I don’t think the governments should have a monopoly in improving the world, because governments are hamstrung by numerous constraints—interest groups, democracy, and populist movements.” (“Interview of Steven Pinker,” by Brian Gallagher, Nautilus, Issue 41, pg. 96)

Unhampered by constraints, Pinker notes billionaires can implement their entrepreneurial ideas faster than Congress can set policy. Democracy inhibits rapid change which isn’t bad. A slower process helps societies avoid grievous errors. Billionaires can afford to make errors because no one is going to vote them out of office. Because they have freedom, governments team up with them.  Musk, for example, is helping to devise systems whereby humans can probe deeper into space.  (“NASA is on the Cusp of a New Era.” By Brian Gallagher, Nautilus, Issue 41, pg. pg. 54-58.)

It’s easy to roll our eyes over billionaire excess–the yachts, the private jets, the multiple mansions.  On the other hand, Musk, who contributes less to charity than his fellow billionaires did give 5-and-a-half billion dollars to worthy causes this year. His visionary investments have also spurred the nation’s shift to electronic cars, a bid to help the environment.

Other oligarchs, too, have applied themselves to improving life on the planet. For fun, I’ve assembled short videos on how four of the superrich spend their money.  Bill Gates isn’t among them because his charitable activities are well known.

The list below may not change hearts and minds about the tax code or oligarchs, but it may support Pinker’s point about their value. Free to use their wealth as they please, these visionaries seem to be taking us to frontiers where no government has gone before.