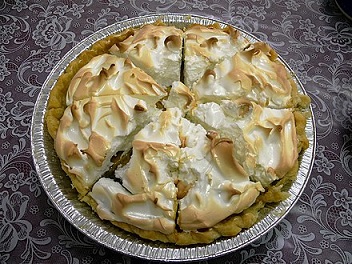 Even In the worst of times, politics can be funny.  Joe Manchin, Democratic senator from West Virginia, filled me with mirth when he said he would oppose President Joe Biden’s $3.5 trillion “Build Back Better” budget. He didn’t want to foster an “entitlement” culture, he explained. True to his word, West Virginia ranks 49 out of 50 states when it comes to disposable income. Manchin is worth $7.6 million, much of it shielded from income taxes because it gets treated differently from income. This entitlement doesn’t seem to offend him one bit.

Money is money as far as I’m concerned.  When Jeff Bezos paid for his yacht, did his creditor care which pocket the cash came from?

Admittedly, entitlements for the working poor cost the country more than tax loopholes for the rich.  Even so, the money isn’t enough. The Congressional Research Service reports assistance from the Tax Cut & Jobs Act (TCJA), a fund to provide social services for those in need, has a relatively small impact on poverty.

Useful to know would be the cost of entitlements if wealth flowed unimpeded through our tax system. Billionaires like Jeff Bezos and Elon Musk assume they have a right to loopholes, a reward for their business acumen.  The latter has ranted, “Eventually they [the government] run out of money and they come for you.”

These entrepreneurs have forgotten to whom they owe their fortunes. They didn’t achieve it by themselves.  They stand at the top of the economic ladder because billions of shoulders support them. Customers buy their products, and workers build, warehouse, truck, and deliver them. An idea alone is worth nothing. How much money did Einstein harvest from “E=MC(2)?

The purpose of the tax code is to redistribute wealth to ensure that all who contribute to the nation’s economy enjoy a fair share of its prosperity. Unfortunately, money talks. The more you have, the more lawmakers listen. The result is an unfair tax code where wage earners are left to the tender mercy of a trickle-down economy, one which leaves many dependent upon “entitlements.” The greed of the rich creates the need for charity.

True, billionaires contribute to good causes. They compete with each other for bragging rights. (“Big, Bigger, Biggest,” by Benjamin Soskis, Town&Country, November 2021, pgs. 66-60.) Yet, a working democracy has no need for oligarchs. A more charitable attitude on the part of one-percenters would be to support closing tax loopholes. Accomplishing that would reduce the need for charitable assistance and return dignity to the worker.

Wealthy entrepreneurs had an opportunity to accomplish that by supporting a single provision of the Build Back Better Act.  Had it survived, banks would have been required to report information to the IRS on accounts that experience higher activity than reported on taxes. Treasury Secretary, Janet Yellen, says the change would have provided enough revenue to pay for Biden’s spending proposals.

Piggishness is a trait difficult to reform. Union membership is on the rise because of it. So is social unrest. When ordinary people fear they can no longer afford safe housing, or to feed their families, or pay for their prescriptions, and healthcare costs, they begin to look for scapegoats.

Nothing I’ve written is revelatory. That Manchin and a cabal of super-rich prefer to be blind to their effect upon democracy is troubling. Still, we shouldn’t be surprised. Seneca warned us thousands of years ago.  “Wealth is the master of fools.”