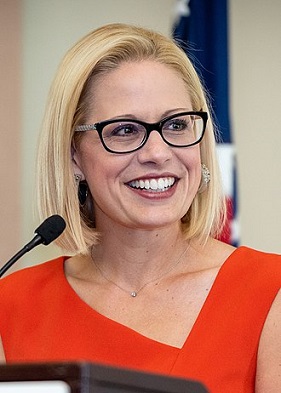 Being super rich may give a person a platform, but money doesn’t provide wisdom.  Elon Musk has many opinions which the media laps up but sometimes, his assertions leave him looking foolish.  His latest attack on Dr. Anthony Faucci is an example. Having no medical knowledge, Musk rails against an expert, leaving the billionaire to seem not like a man ahead of his time, but like a man living in the dark ages.  People with money have no more insight than the rest of us. Billionaire Donald Trump should have taught us that.

Nonetheless, it’s true, money talks, and more so since the Supreme Court ruled that corporations were people. That decision has allowed unlimited funds to flow into politics not only from billionaires but from big oil companies and big pharma, for example.  So much money streams from these sources into our elections that the will of the people is endangered. When citizens complain “the system is rigged” they are right. But, the fault lies not with the government.  It lies with the moneyed class that seeks undue influence.  Government is the pool into which dark money flows, polluting the system the same way chemical factories pollute fresh water when they dump sewage into rivers.

Political pollution may be odorless and tasteless, but its long-term effect is to corrupt our democracy. The government does make a token effort to contain some of the contamination.  Every year a member of Congress introduces the Disclose Act, hoping to make political contributions transparent. Yet every year since 2010 when it was first introduced, the bill has died.  Ordinary citizens may be unaware of this pointless ritual, but they are aware of their discontent with their leaders.  A government unresponsive to its citizens opens the door to insurrections, revolutions, and dictators.

This disconnect seeps into all parts of society. After the pandemic, men of every age dropped out of the workforce. Why? A study by the Minneapolis Federal Reserve  Bank speculates that the reasons are varied: poor health; caregiving; returning to school; joining the military, and the growth of off-shore manufacturing. The PEW report points to another form of decline.  Men have dropped out of higher education, as well, to be replaced by a growing number of women.  Again, why? The U. S. Chamber of Commerce has its traditional explanation.  Government aid disincentivizes the worker.

None of these accounts touch upon the effect that corporate greed has on society. The drive to see profits grow means the worker must be paid less.  If the workers are paid less, they lose hope that they can improve their lot.  When  businesses’ profit incentive enslaves them, the American dream dies.

At the moment, women sustain the country’s illusion of upward mobility. Having existed at the bottom of the economic ladder for centuries, they are happy to fill in for the men. Doing so gives them a sense of momentum which, in turn, encourages them to work longer hours and suffer burnout.

Their growing contribution to the economy does give women some political clout.  In 2018, they represented more than half the voters. At the time, they gave their support to the Democratic party.  In 2022, the demographic changed. White suburban women joined with men in a drift toward the Republican party despite their disapproval of its anti-abortion stance. One pundit opines on the inherent contradiction: Some women will vote in ways that threaten their bodily anatomy if it helps bolster their status overall. Patriarchy requires its handmaidens.

Senator Krysten Sinema might be one of these handmaidens.  With a campaign war chest of $8 million, she appears to be beholden to big money and big corporations.  That would explain why she destroyed hopes to codify Roe v. Wade into law when she refused to override the filibuster. Her sacrifice accommodated the powerful who see the filibuster as a way to hobble government and gain free rein.

Sinema and her white suburban counterparts appear to be following a path blazed by patriarchy.  As women rise to power, one wonders if they will use their clout to benefit themselves or society.