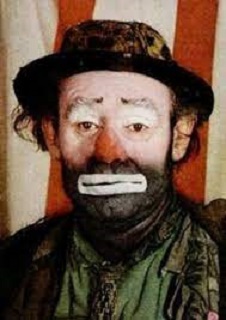 Dick Van Dyke’s quote made me laugh.  At age 95,  he said he doesn’t spend a minute being depressed because at his age he needs to be  “enjoying himself.”  (AARP Bulletin, October 2021, pg. 46.)  At 85, I understand his urgency.  When the road is short, it’s wise to enjoy the scenery. Implicit in my statement is a note of privilege, however.  To enjoy the scenery assumes a person has sufficient money to pay the rent and purchase a warm meal.

The wealthy take sufficiency for granted. What they fear are proposals to close tax loopholes. Never mind that doing so would give all Americans a greater share of the nation’s wealth.

I’m not alone in my opinion. Here’s one corrective measure I particularly like: Politicians should be very well-paid by the government and absolutely (sic) forbidden from any other revenue streams. No donations to the politician, no lobbying, no gifts,

If this last idea were policy, West Virginia’s Senator, Joe Manchin might vote less in favor of the fossil fuel industry and more for the environment.  At the moment, he’s inclined to favor his self-interest, being a person who supplements his paycheck with dividends from his stock in the coal industry.

Unfortunately, the Fourth Estate, so-called guardians of truth, is guilty of sacrificing objectivity for profit, too.  It views turmoil as an opportunity to sell advertising.  If there’s no blood in the water, they are apt to speculate disaster is on the horizon. How else are we to explain why Tucker Carlson, the chronic liar of Fox News thrives?

If Dick Van Dyke finds his bliss in laughter, I find mine in the arts and sciences. To me, the disciplines aren’t opposite sides of a coin. They are branches on the tree of imagination. Technology is another branch, though I view it with gimlet eyes. While art and science seek to understand the universe, technology dreams of creating its own.

I realize my prejudice is without foundation.  All three endeavors arise from the human brain. And here’s the rub. The mind finds its truth by mixing and matching information according to emotion.  (“Who Said Science and Art Were Two Cultures?” by Keven Berger, Nautilus, Issue 39, pg. 87.)

With emotion in the mix, is it possible for humans to be objective, I wonder. If not, then the pursuit of happiness is as good as any goal.  Happiness, at least, eases the vicissitudes of life. But as I say, it is an emotion beyond the reach of many. James Baldwin once noted, Anyone who has ever struggled with poverty knows how extremely expensive it is to be poor.

What Baldwin didn’t say, but what needs to be emphasized, is that poverty is expensive for society, too.

Perhaps when I’m 95, I’ll follow Van Dyke, in the pursuit of happiness. But being a mere 85, I’m occupied by another emotion.  A passion for equality.