For Everything There Is A Season 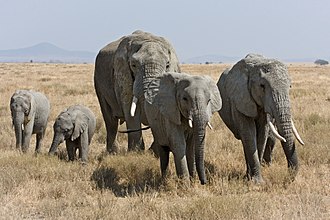 If a person succeeds in reaching old age, three outcomes are certain. The individual will have cataract surgery, begin a prescription for glaucoma, and experience a slowdown in brain function.  Memories become slippery eels, not easy to catch.  Thank heaven experience steps in, guiding judgment because the road is familiar.

Joe Biden recently turned 80. People have questioned his capacity to lead our country should he seek reelection. They worry his physical or mental capabilities are impaired.  Or, that he might die while in office.

Alzheimer’s targets the old, of course.  In 1994, 5 years after leaving the presidency, Ronald Reagan announced he was stricken with it.  Counting back in time, he likely suffered its impairments while in office.  Testifying before Congress about the Iran-Contra Affair, he often replied,  “I don’t recall the answer to that question.” Cynics accused him of evasion.  Equally probable, he was telling the truth.

Of course, if Biden escapes the handicaps of old age, he could still die while in office.  Several Presidents have. Assassination is more common than we’d like to admit. Abraham Lincoln, William McKinley, John Garfield, and John F. Kennedy became victims. Others died naturally in their presidential beds: William Harrison, Zachery Taylor, Warren Harding, and Franklin D. Roosevelt. Each time, the nation survived the tragedy because we the people are more than the sum of our presidents.

For me, vigor isn’t the most valuable trait in a President. Experience ranks higher. The elephant that lumbers in the right direction survives to reach its destination.  The same can’t be said for wild horses stampeding toward a cliff.

Impetuousness doesn’t equate with disaster, necessarily. Nor are the young destined to make poor choices.  What they lack is consistency. Sometimes they vote.  Sometimes they don’t. When they don’t, they leave the future to the elderly who are more reliable voters.

Over the last three elections, the pattern has altered a bit. More young people are casting ballots. Some pundits speculate their votes blocked the expected red wave in the 2022 midterms. That might be true. They had more on the table this round.  Already, they’d been denied their Constitutional right to abortion. Gun violence in schools is a searing recollection. Student debt threatens to drown them.  Climate change denies them a future.

To his credit, President Joe Biden, age 80, understands their concerns. He made their issues a focal point in the midterm election. When he did, the young flocked to the polls like sand fleas to a summer beach. The elderly were already with the President. Republican threats to Medicare and Social Security were a bridge too far.  In tandem with the young, they built a wall that withstood the red wave and saved our democracy.

Ageism is an abominable prejudice.  Each of us wants to be judged for our ability, not the number of candles on a cake. Science has afforded our species longer and healthier lives than nature designed. We’d be wise to let society benefit from that gift. If health and reason prevail, functioning members of a society should be treated equally.

To their credit, the octogenarian leaders in the House of Representatives have decided now is the time to defer to the next generation.  A prudent decision, no doubt, but remarkable for its grace. Rather than abandon all responsibility, they have chosen to lose themselves among the rank and file yet remain cheering in the wings as the neophytes they have groomed navigate without training wheels.