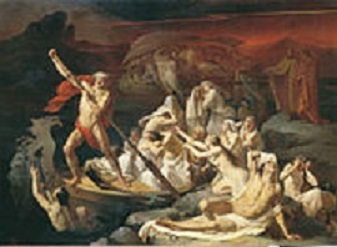 A friend of mine took a series of tests to determine her mental decline as she aged. Happily, for her, the tests were comforting.  Even so, I admired her courage.  What she’d done was like poking a sleeping bear with a sharp stick.  If the news hadn’t been good, how would she have coped? Alzheimer’s, for example, has no cure.

Early intervention is key for dealing with Alzheimer’s, experts say.  But to what end? A few months of clarity before drifting into that good night and all the while knowing the Good Ship Memory has left the dock? When there is little to be gained, I prefer not to know. Many will think differently.

Fear affects us in different ways. It can leave us catatonic and in denial. Or, like people prancing across hot coals, it can initiate a frenzy to save ourselves.  In every case, fear tests our sanity. People like my friend who face reality with courage leave me in awe.

Pete Buttigieg, the U. S. Secretary of Transportation, is also unflappable. Asked about the current state of our democracy, his answer is matter-of-fact.  Our system of government is designed to pick winners and losers.  For the process to work, people have to accept outcomes.

Buttigieg’s response is so simple, it smacks of naïvite.  That’s the beauty of truth.  Once grasped, It is simple and profound, like E=MC(2).

Finding the truth is where the complexity lies. After two years and several ballot box investigations, ending with no evidence of wrongdoing, some Americans continue to believe Donald Trump won the 2020 election. They believe the lie because that is the outcome they wanted– as if wishing could make it so.  Like flat-earthers living in a spherical world, they close their eyes to truths that distress them.

If the outcome of an election is difficult to grasp, for many the knowledge that climate change is about to exterminate our species is unfathomable. Vladimir Putin’s invasion of Ukraine arises from that consummate ignorance. Ukraine belongs to Russia, he insists. But what does that mean to a dead planet? Absurdity’s crown goes to Iran’s Mullahs, of course. They worry about women’s headgear while the ground crumbles beneath their feet.

If the flat-earthers and their ilk would open their eyes, they’d see the time for rancor is passed.  We must work together if we are to save our species. Unfortunately, too many scrunch their eyes against the light.  They insist Time has a reverse gear that if thrown would return us to better days.

Better days aren’t the same for everyone, as we know.  White supremacists long for the era when they were allowed to see themselves as superior beings, a superiority that justified imperialism and slavery. People like Marjorie Taylor Green cling to the notion of race.  It flies in the face of science but it serves her purpose. “…illegal aliens are on the verge of replacing you [whites], replacing your jobs and replacing your kids in school and coming from all over the world, they’re also replacing your culture.  And that’s not great for America.

By 2050, half of the U. S. population will have darker skin pigmentation than today’s mix. Pigment means nothing. We don’t discriminate against people based on hair color. Why concern ourselves with skin? Race warriors should attend to the date 2050 for a different reason. That’s the year scientists predict the earth becomes uninhabitable for humans.

Fear can galvanize people into action, as I’ve said. Too often the outcome ends in mindless hate. Ukrainians are as pigment deprived as any Russian.  Even so, one propagandist for Putin’s invasion insists the children of his enemy should be drowned and burned.

Why are people “freaking out?” a researcher asks in response to the times. No one has an answer. Like the stars, black holes, and the universe, being made of stardust, perhaps humans sense the cosmos is shedding tears for our demise.

Is there a cosmic consciousness? Some speculate it exists. To align ourselves, they urge us to move beyond science.  As useful as reason is to us, they insist it is  too narrow a framework to integrate other aspects of the mind, creativity, intuition, or empathy, for example.

To discover a different harmony, our inner world will have to experience a shift of epic proportions. The evolution could take a century. Unfortunately, we are running out of time and so we blind ourselves to the future, choosing to engage in a frenzied suspicion of  “the other.”  Reason has no power against the fires of insanity. Insanity must burn itself out, taking us with it.   I cringe to hear talk about saving the planet.  What colossal hubris.  Earth will spin on its axis regardless of rises in temperature and water levels. A few birds might continue to sing. Climate change is about us.  Will we decide to work together or close our eyes to what lies ahead?  Which is to be,  earthlings?  Courage or cowardice?