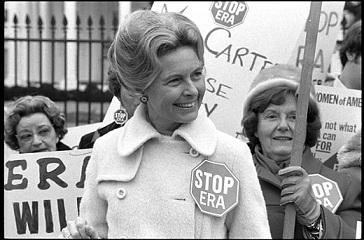 Recently, newscasters were making light of Donald Trump’s self-congratulatory response to a dementia test he took, mistaking it for one that measured I. Q.  Despite his confusion, I’m happy for him, and for the nation, that he passed. His niece, a clinical psychologist, has already described him as mentally ill in her recent book.  We don’t want him plagued by dementia, as well.

Giving Trump his due, standardized tests can be tricky.  I am confident that , like him,  I’d know an elephant if I saw one, but on one sample from the test, I differed from the norm. The television screen projected images of a clock and a ruler. Next, the reporter asked, “What do these two objects have in common?” My answer: “They are geometric shapes that display numbers.” The correct answer, apparently is, “They are instruments of measurement.”

What now?  Should I cart myself off to lockup? In my defense, I will point out that while the latter reply is true, mine was also true. The difference between the correct answer and mine is that the former speaks to function rather than form.  As a writer observation is my meat. I would ask how an object affects a setting or reveals a character. What are its observable truths? To ask how something works is the province of engineers.

Neither way of looking at the world is superior. They are merely different. Frankly, I marvel at engineers who focus on mechanics.  Without them, we’d never have reached the moon. Jules Verne took us there with his imagination, but an actual landing is far more thrilling.

My answer to the clock/ruler query isn’t wrong, I would argue. The required answer is too narrow. It fails to take into account different psychological dispositions. Here’s another example where deviation isn’t wrong simply because an answer is unexpected. In the following sequence of numbers, which number should be the last?  Fill in the blank: 2, 4, 6, 8,—. I might answer 13 and be correct. I would argue that the sequence of any progression is defined by the last.   Technically, if I add 13 to the end of a series of numbers that progress by 2, I’ve changed the progression to something else: 2+2+2+2+5.  Now, should the next number be 2 again?  Or 18? Or, do I start another sequence? If you think me insane, then I am mad with the best of thinkers because the philosopher Ludwig Wittgenstein planted that idea in my head, years ago, in Philosophy 101.

My point?  That while the universe may be complex, the mind is equally so. What society accepts as normal thinking is a matter of cultural definition. For years, psychiatrists defined  psychopathy as a mental illness.  Now, so  many with that trait walk among us, that line between being mentally ill and normal is blurred.

Truth is mutable, even for science.  Poor Pluto is no longer a planet. Newtonian mechanics and quantum mechanics give different views of the same universe. If truth is fuzzy for science, it is more so for the brain–a truth that should invite a degree of tolerance within each of us. Even so, I confess certain patterns of thinking baffle me. A physician who believes alien sperm is being used in medical treatments, is one example.  Another are well-meaning people who insists a person with male genitals but feels like a woman is a woman.

More baffling still is that 53% of white women voters cast their ballot for a sexual predator in the 2016 presidential election. (“Traitors Among Us,” by Sonia Saraiya, Vanity Fair, July/August 220, pg. 39)  The same conservative group of women also oppose the Equal Rights Amendment, (ERA), paid family leave and abortion rights. (Ibid, pg. 38.) They are woman, who in the words of writer, Sonia Saraiya, feel they “are too good for feminism” (Ibid, pg. 39) They have embraced  patriarchy because they believe it protects them and gives them a special place in the existing order. To maintain their equilibrium, they must overlook rampant misogyny in our society and the fact that through much of our history women were defined as chattel.

This willingness to accept circumscribed power is the price they seem willing to pay because, as Saraiya describes it, patriarchy “upholds their racial narrative”: that they “remain part of a hierarchy where their comfort is built upon the backs of others.” (Ibid, pg. 39.)

Is Saraiya right in her conclusion?  I hope not. That would mean these women can never be freed. Yet, I confess each time I witness them, these Karens, rallying for Trump’s re-election, I can no more believe my eyes  than if I were to see Michelle Obama standing behind the 45th President, waving a placard that called for the return of slavery.