A U. S. Woman President Is Possible 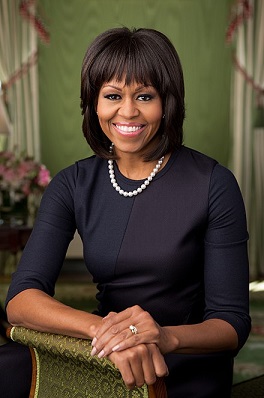 As news outlets reported the final count in the South Caroline primary, I wrote on my Facebook page, “not a single woman,” suggesting neither Elizabeth Warren or Amy Klobuchar *would survive after Super Tuesday.  Certainly, they picked up no delegates in South Carolina, putting a wider gap between themselves, Bernie Sanders and Joe Biden.

Though disappointed with the results, I wasn’t surprised. Women live as second class citizens here and around the globe, no matter their social class.  The March edition of Vanity Fair, for example,  details the efforts of one Dubai Princess to escape her Sheik husband and his silken prison. What good is gold if there is no freedom?

At the other end of the spectrum, Mexico, as I mentioned in a previous blog, has decided to stop collecting data on femicide. The announcement drew fierce criticism from women. Nevertheless, President Andrés Manuel López Obrador turned a deaf ear.  In his narcissistic view, his political enemies are behind the outcry.  (The Week, March 6, 2020, pg. 8.)

Men the world over give themselves a pass where women’s rights are concerned. France awarded Roman Polanski, a confessed child rapist, its most prestigious film award this year. And what about Biden? He waited  29 years to apologize to  Anita Hil for his conduct at Clarence Thomas’ Supreme Court hearings. The timing couldn’t have looked worse as his apology coincided with his announcement that he would seek the presidency. Little wonder that Hill found his remarks opportunistic and inadequate. As for Bernie Sanders, how are we to understand his youthful manifesto on equality between the sexes? He may have been decrying gender roles, but what about his underlying assumption? Does he still harbor the pernicious view that women long to be gang-raped?

One needn’t look far to see the deep prejudice women face in our society. Surely, the Harvey Weinstein prosecution and the #MeToo movement has blown the lid off any illusion that it doesn’t exist. Perhaps now we can grasp why, given the degree of power men hold in our culture, a woman may refuse to seek justice from her abuser and even allow him to maintain the facade that they are on good terms–particularly as only 0.5% of rapists are convicted.  (The Week, March 6, 2020, pg. 6) Of course, women are fearful. And why shouldn’t they be? Haven’t they seen one or two of these “good” men elevated to the highest court in the land?

Until women command a greater share of power in this country, true gender equality will remain a goal rather than a reality. Make no mistake, the struggle will not be easy because too many women, consciously or unconsciously, remain infected with a patriarchal germ that speaks to their inferiority.

Even so, I begin to suspect a woman may become president of the United States while I live.

Whichever Democratic candidate emerges as the winner of the primary, the political climate is such that a woman is likely to be his running mate. If that is the case, we have only to remember that Sanders, Biden, and Michael Bloomberg,* men well into their 70’s, have significant medical conditions.  Biden has had two life-threatening aneurysms (1988), while Sanders and Bloomberg have heart stents.  If biological longevity plays out, then a woman, being stronger, will assume the presidency, if only by default.

*While writing this blog, Amy Klobucher announced she was withdrawing from the race and Bloomberg has also since withdrawn.