A Tale Of Two Women 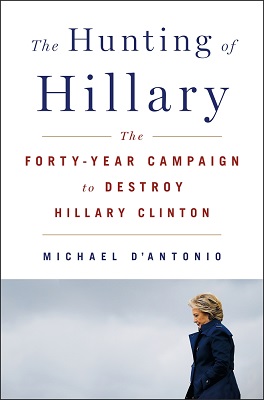 Recently, I wrote a review of John Updike’s Bech at Bay, a book  I didn’t want to read but did.  Now I’ll turn to two books I have yet to read but hope to do so. The first is The Hunting of Hillary, by Pulitzer prize-winning biographer Michael D’Antonio. The second is Pelosi by Molly Ball, TIME’s political correspondent.

D’Antonio’s biography on Hillary Clinton reveals the sexism that surrounded her the moment her husband, Bill Clinton, took the oath of office to serve as Arkansas’ governor in 1979.  At the time, one reporter noted the state’s new First Lady didn’t seem to fit the traditional image and wondered if she cared to comment on the difference.  (“Hillary Hate,” by Carmen Rios, Ms., Spring edition, 2020, pg. 43.)  The remark was the first of many clickbait articles which became fodder for Republicans and the far-right in their efforts to discredit her character. Later, the criticism grew to charges of deceit and corruption. Cries to “lock her up” got nowhere, but the river of hatred never went dry and ran its banks in 2016 when she ran for President. Her enemies had a right to be afraid.  In that race, she “won more individual votes than any white male candidate” in the history of presidential elections. (Ibid, pg. 43.)

Those who plotted against her could fill a Who’s Who of rightwing political ideologues. Ken Star spared no taxpayer expense in his search for an indiscretion that might tarnish her character if not send her to prison along with her husband.  Brett Kavanaugh was his sidekick in that venture.  Meanwhile, Newt Gingrich, Rush Limbaugh, and Rudi Giuliani got their licks in, too. I will add one more name to the list, though he may not be of the same political stripe, James Comey.   And, of course, we mustn’t forget Russian mischief. 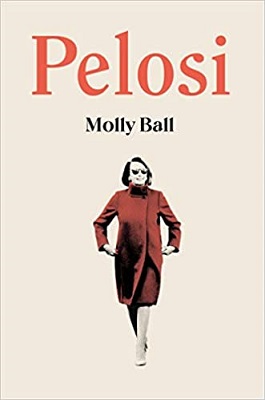 Molly Ball’s book examines the career of Nancy Pelosi, a woman with skill and stamina equal to Clinton’s. Tireless in her efforts to advance the ideals of the Democratic Party, she says of her days, “I don’t do downtime.” Her reason is understandable because she faces adversaries within as well as outside her party.  The battles have been fierce and more than once she’s been the bulwark that kept the Affordable Care Act afloat. (“Don’t Mess with Nancy,” by Pat Mitchell, Ms., Spring edition. 2020, pg. 45.)

While she’s bearded many lions and defended the rights of Dreamers with one of the longest speeches given on the House floor, some have called it  “not enough.”  Even so, she remains undistracted and true to her purpose: to take from the rich to give to the poor. To do so, she has developed prodigious skills as a legislator. Reviewer Pat Mitchell’s observation about Ball’s biography of Pelosi is that “…every story in the book is a serious and intimate account of the way our government works and doesn’t” (Ibid pg. 45.)

Because I admire both women, I’m eager to read these books. But, more than that, I’m curious to discover why, though Clinton and Pelosi share many of the same adversaries, opposition to the latter, unlike Clinton’s, never reaches a Biblical frenzy, as if the wars in Washington were reflections of those in heaven. Hillary is the one charged with political misdeeds and moral atrocities like child trafficking and murder.  Why this passion exists to demonize her as if she were  Lady McBeth, Lucrezia Borgia, or Milady de Winter is a mystery. Even David Brook, a conservative but usually evenhanded journalist, is unable to resist giving air to the remark, “the devil’s in that woman.” ( “Hillary Hate,” by Carmen Rios, Ms., Spring. 2020, pg. 43.)

In modern times we have seen this fever rise against some women who reach for power but not all.  Golda Meir’s forceful leadership won her praise.  Benazir Bhutto paid for her ambition with blood. The difference bears scrutiny and requires an accounting. Perhaps some insight can be gleaned by reading both books.