A Reality We Mustn’t Forget 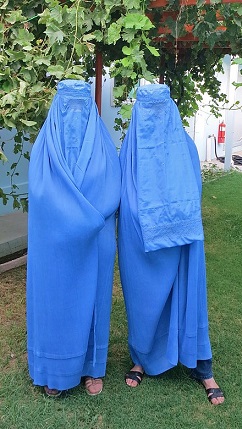 Each evening when I turn off my bedside lamp, I pause to consider the cataclysmic shifts that will occur while I sleep. Somewhere in the universe, a planet may drop into a black hole or a pair of distant stars collide. From the sea, crabs might scramble toward the shore to lay their eggs in the sand. They bury enough to ensure the species will survive despite predators who feed on their deposits.  Closing my eyes, I am aware sleep never rings the curtain down on this drama. And, each new day, I realize, presents a different reality.

I hardly notice the change, however. What matters is the illusion of permanence which is essential to our notion of what’s real. A cat dozing on a sunny windowsill exists unless, inexplicably, it disappears before my eyes. Were that to happen, I’d probably visit my ophthalmologist. Yet my example poses a question. How long must an image retain its space to be accepted as factual rather than an illusion?

Philosophers have pondered this issue for years. Science seeks hard facts. The solution begins with the photon.  A building block of the universe, it seems to enjoy states of being and not being.  The photons that stream as light from my reading lamp are real. But if these same photons were to crash inside a superconductor, their momentary spark is questionable. “The existence is too brief,” some researchers cry out.  Others disagree and argue brevity has nothing to do with existence  “…the reality of the photon is based on how it behaves.” (Light Is Caught Making Matter.” By Emily Conover, Science News, 8/28/21, pgs. 8-9)

Apparently, impermanence has a greater role in defining reality than we once thought.  Those who work with algorithms have a better grasp of that ambiguity than most of us. In the virtual world of video games, for example, they know we form genuine attachments to our avatars. What consumes programmers is how to strengthen that bond and make avatars real enough to influence us.

Would sharing sensations strengthen that tie, they wonder? If a human hand could feel the weight of a book an avatar holds, would that create a new mode of existence?  So far, the algorithm to achieve mixed reality doesn’t exist. But as I’ve argued in the past, ideas are counterfactuals and pregnant with possibility.

Already, many of us have experienced walking into a virtual room to get a “feel” for a new kitchen design. We can switch on the light over the sink, or open a window in that virtual reality. What we’ve yet to accomplish is to fill the virtual room with flowers from the real world. That possibility may arrive sooner than we think.

The future’s potential looks amazing. Yet not everyone will be allowed to participate. Afghan women are among them.  Like the photon, their reality is in question. From 1996-2001, the Taliban who ruled the country condemned women to a state of invisibility.  Hidden beneath their burkas, women moved within the fringes of their society, and only with men’s permission. Deprived of education and confined to their houses, they shared the status of breeding animals.  When U. S. forces drove their masters out of the country, all that changed. Women, given new wings, flew out of their kitchens and into schools, businesses, professions and held seats in government. Then the Americans left, more abruptly than they came, and the Taliban returned bringing the darkness of a sudden eclipse.  Once again, Afghan women found themselves condemned to obscurity, made so invisible, they scarcely exist.

Terrified of their rulers, the newly disenfranchised began to erase themselves. They gave up their computers and deleted data from their phones. Like criminals, they fled into hiding for the crime of being educated and wanting to be free.

Ascend was an organization chartered to assist Afghan women to follow their dreams. Today, it has a new mission, helping these same women escape their homeland. Unfortunately, Joe Biden’s ill-considered and poorly planned withdrawal of American troops from the country abandoned these dreamers and the organizations which gave them support to a  dystopian world. The spark of hope faded. Does that mean these women cease to exist? How convenient for Biden and the Taliban if that were true.  But it isn’t.  The spark, no longer visible to the human eye, endures and, like the photon, can manifest depending upon the conditions in which it finds itself.

Let women everywhere keep these sisters in our hearts, our thoughts, and our actions. We can make news outlets remember them with letters to the editor. We can conjure them with calls to our Congressional representatives. As we rededicate ourselves to women’s rights in our country where the threat to abortions rights looms, let our strategies be inclusive. The oppressed women of Afghanistan won’t disappear as long as we are determined to remember them.