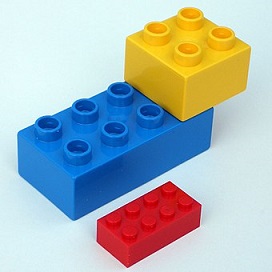 As a writer, I read voraciously. Anyone who claims to be a writer but reads little is delusional. Each journey through another person’s mind is a data point that increases our knowledge. Failing to keep up with new ideas invites trouble.

For example, a woman on Facebook referred to the “whisker biscuit” of a bikini-clad woman, recently.  In my world, a whisker biscuit is “an arrow rest with synthetic bristles and a hole in the centre, to completely encircle and hold the arrow shaft in perfect alignment…”   I go no further with this definition because the parallels between female anatomy and an archery whisker biscuit may get me banned from social media. Readers catch my drift.  Keeping up with changing metaphors is important.

Social media comments can be insightful, but they aren’t my primary source for information.  Science articles intrigue me the most.  Recently, I stumbled across an essay that contained an idea that gave me pause. The author, Chiara Marletto, a theoretical physicist at Wolfson College, University of Oxford, contrasted the world of science with the science of possibility, otherwise known as counterfactuals. (“Our Little Life is Rounded with Possibility,” by Chiara Marletto, Nautilus, Issue 38, pgs. 90-97.)  Her description of the latter comes close to what I call imagination, with one exception. Counterfactuals must obey the laws of nature.  Witches on flying broomsticks aren’t permitted. Barring that restriction, human inventions that work are counterfactuals.

Marletto explains.  The laws of science are limited to the quantum world, meaning they govern quarks, electrons, and other fundamental particles. Like a leggo brick, these entities are irreducible but can link to one another to form disparate objects. The universe for example.  In turn, the universe obeys the rules that govern its parts.

Because humans have learned how the basic structure works, they can invent objects that aren’t in the world by nature’s design.  The wheel is an example  The caveat for these inventions, as I’ve said, is that they must obey nature’s laws.

Oddly enough, once a counterfactual becomes real, it becomes impermanent, meaning it’s subject to change. It can expand or contract, erode or multiply, merge with objects larger or smaller than itself, or be destroyed. In other words, once “born” it is subject to fate.

My book talk show, Just Read It is an example of a counterfactual.  Writer Susan Stoner and I created the series over 7 years ago with the help of her husband who was our cameraman. Together, we filmed YouTube programs where we talked with local writers about New York Times bestsellers.

We gained viewers, but fate stepped in.  Susan immersed herself in her writing and her husband wanted to travel. Rather than allow the series to fall apart, I decided to fly solo.  Luckily, I found help. Knowledgeable people with skills necessary to pull the program together pitched in.  At first, we worked in a studio that felt luxurious because it was large enough to contain two cameras, some spotlights, and cables. I felt like Oprah.

Next, the pandemic hit.

Zoom, a new child of technology, saved us. To our surprise, it also offered unexpected benefits. Guests were no longer obliged to travel through wind and weather to reach the studio. They no longer had to live in Portland.  These advantages stimulated the little grey cells of the crew. Why not interview best-selling authors from time to time?

We began our experiment with Carola Dunn,  mystery maven of the  Daisy Dalrymple series.  Anne Hillerman followed, sharing her thoughts on her latest book, Stargazer.  Early next year, Rebecca Morris, crime writer, will join us to discuss Boy Missing, the Kyron Horman case.

Just Read It began as a counterfactual. Once born, the idea grew by the law of addition. But, the science behind it doesn’t matter, I suppose. Sydney Stevens, a local historian and author of a new book, Historic Haunts of the Long Beach Peninsula, probably gave science little thought when she wrote about her guest appearance on her blog.  “It was great fun,” she quipped.  (“The nip of fall..” blog of 9/25/2021)

I agree.  It was fun. Readers of this blog can have fun, too. Come join us on Just Read It.