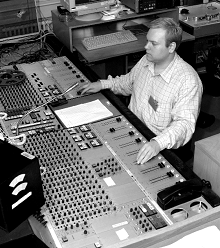 My mother’s imminent death and the disruption Covid-19 caused me to forget an important anniversary in May of this year.  Just Read It, my YouTube review of the New York Times bestsellers in fiction and memoir turned 5. I want to thank the local writers who joined me during this time as we turned the tables on the east coast’s literary elite.

So far, New York has ignored us, but we in the Pacific Northwest are a hardy lot. Just Read It will continue to stick an oar in literary waters with pithy and short book reviews for another 5 years, I hope.

In the beginning, I cohosted the program with mystery writer, Susan Stoner while her husband was kind enough to serve as cameraman and production editor.  When the couple retired, they were stuck with wanderlust and decided to travel.  My choice was to let the program die or go it alone.

I chose the latter and joined forces with production experts Rob Hoffman and Dennis Maxwell.  The transition went smoothly until the pandemic hit and it was dangerous to bring people together to film the show.

At first, we kept Just Read It alive on reruns, hoping life would soon return to normal.  But normal never came. Finally, Rob suggested Zoom. My spine stiffened at the idea. Another technology. Another system to master. But what choice did I have?  Within a couple of months, we’d filmed 3 new episodes, one guest coming to us from Provence, France. I  admit I was stunned by the quality.

The first of the new series begins November 1, 2020, and will publish every two months thereafter. Here’s what to look for:

I invite blog readers to give the Just Read It a try. People have busy schedules so, rather than miss a show, consider subscribing. Like these blogs, we don’t share information and there’s no advertising. Our objective is to have fun and to give local writers name recognition.  Check out the Zoom format beginning November 1 and give us your opinion. In the meantime, consider taking a walk down memory lane and review some of the older productions.