A while ago, a theater critic wrote of a performance he’d endured, “Those of us who have witnessed the play… last night will undoubtedly hold periodic reunions In the noble tradition of survivors of the Titanic.” (“Manners & Misdemeanors,” by Pete Wells, Town&Country, November 2016, pg. 134.”)  A fine example of rapier wit that has a point.

As Pete Wells suggests in his recent essay, well written critiques aren’t rants.  If a rapier is required, it should make a clean thrust to the heart, not attempt a bloody bludgeoning. A good critique should avoid too much vitriol or surgery praise, if praise be warranted.  On either occasion, the critic should never “boil over into hysteria.” (Ibid pg. 132).  A little stretching of the truth.. some exaggeration is permitted, as in the Titanic example above.   Excess, however, is likely to make the reader or audience wonder whether or not the critic has lost his or her mind.  The goal, after all, “is to be believed.”  (Ibid pg. 134.) 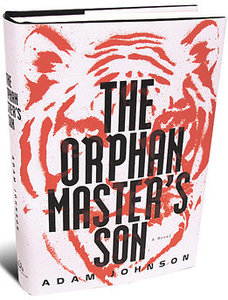 Nearly two-and-a-half years ago, Susan Stoner, author of the historical Sage Adair mystery series, and I, writer of all trades, began our book review series, “Just Read It,” on YouTube.  (Sample)  Our first program discussed Adam Johnson’s, The Orphan Master’s Son. Though the book won awards and was highly praised by the literati,  neither my co-host, our guest nor I could find much merit in it and said so.  I may have seemed particularly harsh because a viewer rose to Johnson’s defense and, for a time, the two of us traded opinions.  During the exchange, I admit I was humbled by a few well-placed blows.  Perhaps I was obligated to find one kind word to say.  Perhaps I had given too much of the plot away.

Two-and-a-half years later, I remain chastened by that early criticism.  I hope our YouTube audience sees my improvement.   But I do not concur with the notion that I should find something nice to  remark upon for the sake of balance if no balance exists.

Oscar Wilde once said, “The job of a critic is to report to us on his moods.”  He’s right, of course.  A critic’s opinion is only that.  Still, where The Orphan Master’s Son is concerned, mine hasn’t changed.  If some similar Titanic group should emerge from among those who have read Johnson’s book,  I would be among the first to join.