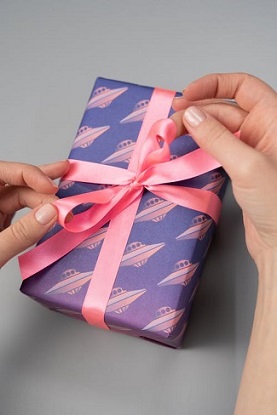 The contest was in high gear, so she was casting her net for votes to be crowned a top book reviewer.  I’d recently joined the writer’s group and after reading a few of the woman’s blogs, I decided to help. Hitting the “like” button, I also added words of encouragement.

She didn’t win the contest.  A bigger fish was in the pond but the encounter left the pair of us friendly acquaintances.  Over the years, my book blogger friend has grown her audience enough to be invited to prestigious publishing house events, a tribute to her hard work and dedication.

She and I have never met but we wave to one another across the internet from time to time.  I’ve also given Elizabeth’s blog an occasional plug, as I’m doing now, and  she’s featured some of my novels in her reviews. Each of us knows that similar to the first breath after a deep dive, a little kindness revives the spirit.

Much of the writing world is a tulgey wood where scammers abound. They wait, tick-like, eager to attach themselves to a dream, suck it dry, and having gained their profit,  leave the dreamer choking on the dust of their empty promises.

Honest brokers exist, of course.  To distinguish them from the frauds takes a degree from the school of hard knocks. Artists are easy marks as they are so eager to believe.

Writers who are early in their careers should join Science Fiction and Fantasy Writers of America (SFWA).  It’s free to scribblers of any genre. What’s more, their repository of information is large and almost as bewildering as a stroll through the Smithsonian’s archives.

Recently, I braved their files to learn about hybrid publishing.  A company of that ilk had pitched me about republishing my 2016 paranormal romance novel, Ballet Noir. I was surprised. All four of my books continue to sell, despite the passing years, but do so at a pace slower than the flow of maple from trees tapped in deepest winter.  Why would a publisher want to repackage Ballet Noir? SFWA gave me a clue.

A hybrid publisher is similar to a vanity press.  Both are expensive services because the author shoulders the publishing cost and up fonts the profit. The difference between the two is that hybrid publishers are selective, refusing to work with an author simply because that person can pay the fee, which touches $8,000. Their cachet is their selectivity. It vouches for the quality of the writing. As such, these agencies claim to have enough muscle to place their inventory in bookstores and libraries. But there is no guarantee.

A few hybrids enjoy a degree of credibility in the industry because they produce quality works which big publishing houses overlook.  SheWrites is one. They are careful to make authors no promises about their representation, however.  At best, they claim their books are “eligible for reviews.”  I had to shrug when I read that. What book isn’t? For $500 anyone can purchase a Kirkus review which, if it’s good, carries clout.  What I saw among their listings were books endorsed by other writers, rather than reviewers, and all of them were unknown to me.

My research on hybrids was cursory, I admit.  Even so, I saw nothing that would encourage me to republish Ballet Noir with a hybrid. Frankly, the venture looks like old junk in a new package.