Anatomy Of A Play XII — The Final Curtain

by Caroline Miller
"Woman On The Scarlet Beast", pitfalls for a playwright in working with a director, the director's impact on a play's intent, what a playwright learns about a play's production
7 Comments

The curtain is down on Woman on the Scarlet Beast and now, after a few months of reflection, I wish to share my thoughts on the experience in the hope it may be of use to some future playwright.

Woman on the Scarlet Beast is about the desire for redemption through love.  It revolves around three women: a grandmother;  Dulce, her daughter Ruby, who is in a wheelchair, and Jennifer, Ruby’s 18 year-old daughter who is struggling to find herself.  Their history has been rocky and full of hurt.  They love each other but their means of expressing it have been twisted by guilt and suffering.

The play closes at a point where each women can break the cycle of dysfunction by a simple choice.  Ruby, afraid she is about to lose her family,  breaks down. She confesses she is dying of pancreatic cancer.  She admits she is afraid and begs forgiveness from the mother she has much offended.  In the Catholic world this act of contrition opens the door to Ruby’s  salvation, as it does for the prodigal in that Biblical story.  What remains is for her mother and daughter to decide if they are capable of forgiveness.

The question posed for members of the audience is to consider how they would choose in the same situation.  Becoming engaged in this speculation means the play has done its work.  Entertainment verges on art when it takes us out of our ordinary selves and challenges our thinking.

The play received 3 critical reviews.  Two male reviewers lacked enthusiasm.   One gave it a thumbs down, saying he didn’t understand it  — and I believe him.  The second gave it a thumbs up but with a curious caveat that he wished the author had been more cooperative with the director.  For the record, the play was never work-shopped.  I was allowed to view two partial rehearsals of Act I  and did not see the play in its entirety until opening night.  The third critic, a woman, gave the play an uncompromising thumbs up.

The 13 performances brought in $3,000 which suggests, at minimum, 200 people paid to see the play –not counting those who saw it with complimentary tickets.  By report, the theater was well attended.

What I learned from the experience

My initial experiences with the play’s production were positive.  But, I was unprepared for the final outcome:  For reasons never made known to me, Ruby’s closing speech, her act of contrition, was delivered to her daughter, a person she had spoiled but not offended.  This single misdirection destroyed the play’s intent.  As it was performed, it endeds on a hopeless note where none of the characters seem to have changed  They remain trapped like the those in Sartre’s play, No Exit.   No Exit is a fine play, but it wasn’t my play.  My play was Catholic.  It offered a small ray of redemption: the point when Ruby asks her mother for forgiveness. When she addresses her pleas to her daughter and in an aggressive manner,  the audience is left to believe Ruby has learned nothing.

As I was never consulted on this change, I had no opportunity to prevent the  error.  True, the audience seemed moved by the play.  People were complimentary after the performance.  The actors did an extraordinary job and for the most part, so did the director.  Her decision to change the play’s ending, however, meant she’d failed to understand its thesis.  I left the theater sadder and wiser. 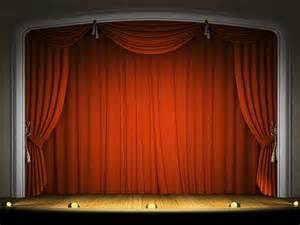