With a Little Help From Our Friends 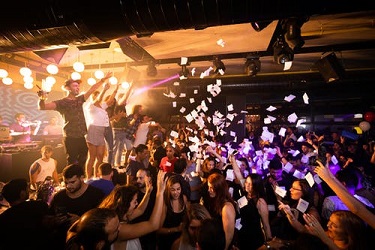 For me, one of the greatest hurdles I faced as a candidate for public office was getting through election night.  Take the last time I ran.  The counting machines broke down and supporters who’d joined me in the musicians’ labor hall milled around, clutching cups of cold coffee as they awaited the outcome. As the night wore on, the smiles painted on their faces growing thinner. There was a reason to worry.  Pundits had predicted the race would be a squeaker.

I milled with them, those volunteers who’d walked precincts, made phone calls on my behalf and licked endless envelopes.  What would I say to them if I lost, if all their efforts ended in my defeat?  I doubted kneeling on a bed of nails to show contrition would be enough. Certainly, I wanted no tears. To stay them, I rehearsed my capitulation speech in my head, determined to face defeat with courage.

Men seem to react to election loss differently from women.  Beto O’Rourke bowed to Ted Cruz in his Texas Senate race, yet thought so well of himself, a few months later, he filed as a candidate in the 2020 election for President of the United  States.  Stacy Abrams, on the other hand, lost her Georgia gubernatorial bid in 2018 and seemed to feel she should explain. She told the public and her supporters that race played a part in her defeat. She’s probably right.  But unlike O’Rourke, she felt she needed to give an accounting.  Neither did she see her defeat as an encouragement to jump into a campaign for another office.

Fear of failure deters many women who might otherwise serve the public well. Among those who put their hat into the ring and lose, less than 10% of them take that risk a second time. Yet those who do push on, having gained name recognition, are as successful as men who take a second chance.

Blame the confidence deficit on biology, culture or both, but a recent study shows women tend to underestimate themselves no matter what task they undertake. That’s why women need a support network to help them break through their doubts.  In the long run, feelings are no impediment to public service, of course.  That sensitivity serves women well.

Nonetheless, there are times when our feelings can’t be trusted.  On the election night when the ballot count was stalled, my misgivings had turned me to jelly.  Yet, there was no need.  With all the votes tallied, no one felt obliged to approach me with a sorrowful expression or offer a consoling hug.  A cheer lit up the hall.  The pundits had been wrong. The count was no squeaker.