Who’s In Charge Of Reality? 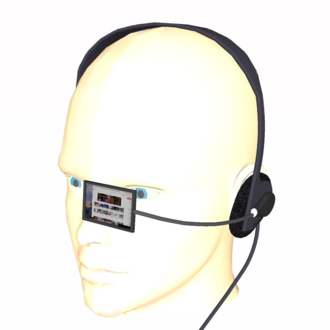 While Russia persists in its ambitions for world dominance, I wonder if Putin notices technology is inventing other realities. First, there was the worldwide net. Next came virtual reality. Now there is the metaverse.

According to Mark Zuckerberg, founder of Facebook, the metaverse is “an embodied internet, where instead of just viewing content—you are in it.” (“Into the Metaverse,” by Nick Bilton, Vanity Fair, February 2022, pg. 40.)   Once inside, a person can walk on Mars, visit the Louvre or buy the Mona Lisa.

Different from virtual reality, the metaverse is an electronic layer that sits atop the real world to create augmented reality. That means it has interactive properties that permit real goods to be bought and sold.  The coin of the realm is a non-fungible token, (NFT). An NFT is a digital code recorded on blockchain ledgers to verify the authenticity and ownership of an item.

If a person were forced to choose between reality and the metaverse, the latter has some advantages.  It’s cheaper to live there.  Reserve a hotel suite in Paris with a spectacular view of the city in the real world and expect to pay as much as $1,500 a night. In the metaverse, it costs nothing. Don’t plan to drink the wine, though. As yet, the  metaverse doesn’t have  feel a vision —an idea kicked around in the comics

What’s holding up feel a vision is we don’t know enough about the brain’s circuitry. We may have taught Artificial intelligence (AI) to program itself, but that feat is nothing compared to the brain’s neural capacity.  According to writer Jim Davies, the brain has capabilities  “…greater than we thought and [] simulating the brain at the biological level will involve staggeringly large computational resources.” (Why AI lags Behind the Human Brain” by Jim Davies, Nautilus, pg. 15.)

No one should be surprised.  The human brain takes an inordinate amount of time to develop in an infant. That’s why babies are helpless longer than other mammals. They can’t breastfeed on their own and aren’t mobile for several months. Other parts of the body take a backseat while the mind absorbs huge amounts of information. (“Religions grew out of utter dependence,” by Barbara G. Walker, FFRF Jan-Feb 2022, pg. 23.)

What troubles me about computer designers is their assumption their programs should mimic our brains. What happens to human flaws in these iterations?  Take Vladimir Putin, as an example. He holds the real world in thrall while he plays games with Ukraine.  What happens if human aggression finds its way into the virtual world and the multiverse? Could we one day find ourselves trapped in cyber hell?

Already, President Joe Biden and Putin seem to be playing a cyber game.  While Putin lays out strategies to control Ukraine,  Biden counters by exposing those plans before they become real.  His gambit puts him on a reactive footing, however. Once discovered, Putin reverses himself and leaves Biden looking foolish. For example, our President warned Russian troops would invade Ukraine on February 15, 2022.   Putin replied he was withdrawing troops. That was a lie, but he made Biden appear to have cried wolf. Said one Russian official,  “February 15, 2022, will go down in history as the day when Western war propaganda failed.  They are humiliated and defeated without a single shot.”

If Putin were playing a game without consequences, one where guns would never be fired and no one died, few would care if he behaves like a kid on a playground. But his actions matter, which brings me back to the cyberworlds.  Forget about the power of our neurons, no human brain can foresee all the harm we could do in a multiverse.  Hackers have givens us only a hint of what’s possible.

Before I built a world, even a cyber one, I’d want to know what I was leaving in and leaving out.  Does anyone have a plan?  One thing is certain. We can’t escape our nature no matter how many worlds we create. Bertrand Russell got it right.  Broadly speaking, we are in the middle of a race between human skill as a means and human folly as an end.