When Titans Speak, Should We Listen? 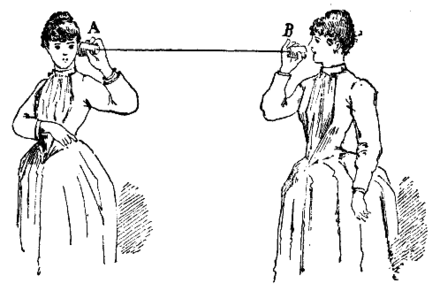 Recently, Tim Cook, CEO of Apple, called Nancy Pelosi to express his objection to the many tech anti-trust bills making their way through the U. S. House. If he hadn’t been serious when he made his comments, it would have been funny: Apple is concerned the current proposals would harm consumer privacy, security, and innovation.

Concerning innovation, Cook forgets Apple Is a stepchild of the Ma Bell monopoly breakup in 1982. Concerning security, he wants us to forget his company’s massive hack in 2015.  Concerning consumer privacy, he presumes the public is unaware that the company exists to harvest customers’ information which it sells to advertisers.

If Apple were catering to the desires of customers, their business practices would be different. According to a Pew report, most people think that downsizing computer tracking is a greater good than any convenience it might provide. The search engine DuckDuckGo, by contrast, has used contextual targeting as its business model for years.

Contextual targeting allows advertisers to display relevant ads based on the website’s content rather than using data about the visitor. Once people leave the site, they aren’t followed. Apple uses behavioral targeting.  The company’s database consists of profiles on customer preferences which they sell to advertisers who promote everything from refrigerators to dental floss.

Is one method of matching people with products better than the other?  “Better “depends on the point of view. DuckDuckGo isn’t as large an enterprise as Apple but, according to them, they are both rolling in money and protecting the privacy of their users. (“Do Not Track,” by Clive Thompson, Wired, 29 86, May 2021, pgs. 18-19)   Apple prefers to play big brother. It accumulates limitless data it says it uses to best serve the public.

Just as Democrats are redefining ”infrastructure” to include human needs, so, too, the nation should consider to what extent big tech’s business model should grow unchallenged. How long will we allow their business practices to warp social values?

When Tim Cook threatens the Speaker of the United States Congress with fears of economic doom, he behaves like a person who feels uniquely entitled. Little evidence exists to support his assertion that unregulated growth has enhanced innovation, security, and personal privacy. Some critics have argued the reverse, which explains the plethora of proposed legislation.

The time may have come for Pelosi to hang up on Tim Cook.  The country should debate whether we’ve reached a point when we should give the tech giants the Ma Bell treatment.